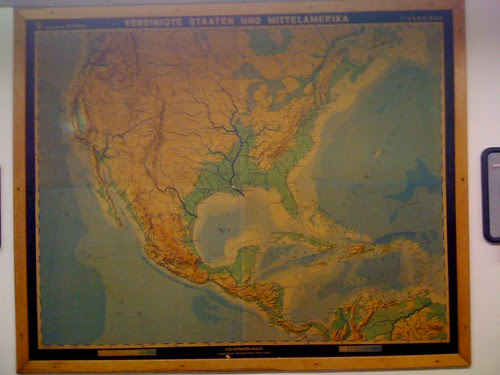 Thanks to the scrapbook that is a Google Alert, I came across a song I submitted for a Fluxus compilation years ago just as I was learning to play guitar. So confident. It doesn't sound too bad, I think. I had to put the microphone inside the body of the guitar to pick any sound and it makes some nice overtones on the low notes. The most revelatory thing about this piece is that I may have actually gotten worse at guitar over time, which seems like a very Fluxus way to go about courting your muse.

I'm very much enjoying this upbeat uplifta by slow jam contenda Mayer Hawthorne, "The Ills," partially because of the New Orleans angle to it, but mostly because this is what it sounds like when you do the right thing. Like this.

If I may digress, $3 million has been raised for Red Cross efforts in Haiti via social media announcements and text message donations. Since yesterday. Just when you think everything is stupid and facile, it isn't.

Similarly, and with less import, I can't figure out if I like the new Vampire Weekend record or not. I think I do, then they wrench me away from it; and as soon as my disdain finds purchase, they stumble onto something charming.

Run - Vampire Weekend
I'll take the advice of For the Sake of the Song and listen to some actual Nigera funk while I ponder how real something things need to be to matter when things that matter the most are impossible to fathom. Like, seriously, dig those boots. I won't even pretend to be able to strut behind those footprints.

The above map hangs straight (my rendering is crooked) in the LSU Geoscience Building near my office, here in the Vereinigte Staaten, right next to Mittelamerika.
Posted by Alex V Cook at 1/14/2010 09:56:00 AM