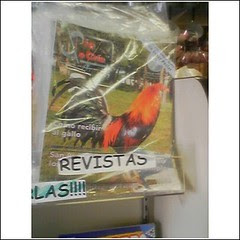 Maya and I went to the awesome Mexican grocery store next to the awesome taqueria on Seigen to pick up fajita meat, chorizo, cheese, peppers, and whatnot for the planned poolside feast at my friend John's house this afternoon. As I was looking for tortillas, I spied a rack of cockfighting magazines, which only makes me love this place more. I mean, my honky ass loves any stripe of international grocery store. I want everything in there, but the presence of cockfighting magazines pushes this place past the now lackluster Pakistani place on Florida blvd.
Posted by Alex V Cook at 6/30/2007 07:13:00 PM 3 comments:

in the July issue of 225 Magazine 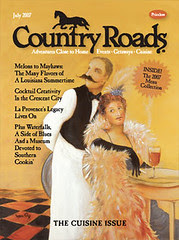 In the July 2007 issue of Country Roads

The Blues are Just a Shade of Gray
A tasty musical side dish at the Piccadilly.
Story and photos by Alex V. Cook
A case can be made that Gray’s boogie-woogie piano, that forms the backbone of such Howlin’ Wolf classics as “The Red Rooster” and “How Many More Years,” had a steering hand in the early directions of rock ‘n’ roll.
READ MORE...
Posted by Alex V Cook at 6/29/2007 10:48:00 AM No comments:

Oddish, in pixel, pencil and pancake

I took my Pokemon-consumed daughter to Louie's this morning and she requested an Oddish, her favorite Pokemon, as the subject of her animal cakes. 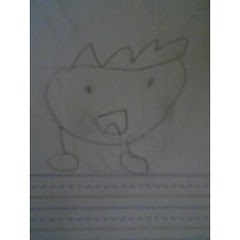 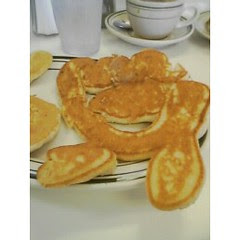 Fred, the pancake artist, is always willing to rise to the challenge and thereby challenge his customers. He declared a Pikachu a little too pedestrian so she countered with the less-popular Oddish. She likes to play Pokemon games with anyone who will relent to her charms, meaning me, which usually devolves into her spinning around going "Oddish! Oddish!Oddish!" (Pokemon have the unfortunate linguistic limitation of talking by repeating their name in baby-talk. You'd think if they can develop razor-leaf attacks and there is all this focus on "training" and "evolution" of one's Pokemon, there would be at least some vocabulary exercises. ) He required a drawing, since my description of "he's kinda like an octopus without tentacles with a leafy crown, kinda like an onion" was met with "Dude, then its not like an octopus at all." so it was a win-win-win-"Oddish!" experience.

It should also be said that Fred is, or at least was at one time, a brilliant writer. He had me a once beguiled for an hour at a table at Mr. Gatti's as he read this thing out of his journal about clothing, how he used it to cover his body and his shame, to diffuse his shape, to disappear. Should he ever get off his ass and pen the Great American Non-Fiction Musing, David Eggers will be sent shivering back to the book club circuit and pop-flies will be shot out to land in the mits of every catcher, picking their butts out there in the rye.
Posted by Alex V Cook at 6/29/2007 09:39:00 AM No comments:

NO CLASS! My class finished today. I teach computer skills to jobless people to prepare them for a career in the hospitality industry. They've had 3-days to complete an assignment involving everything we've covered, culminating in them making a PowerPoint demonstration with graphs and pictures and so on, and 20 out of 24 people finished the assignment and did heartfelt, nervous presentations. Lots of thank yous and all that, and

one student slipped a Cross pen in my bag. I feel like a king with it, like I should be writing 5-figure checks from a large banker's book, the kind where you tear out checks three-a-page.

It's in a big plastic case like a graduation present. I will display it proudly on my shelf.

This is the best class I've ever taught. I love convincing people not to be scared of a stupid computer or a stupid spreadsheet or a stupid resume or a stupid interview or a stupid career, dispelling the myth that these are things out of their station and grasp and more importantly, the myth that they are not smart enough to make it happen.
Posted by Alex V Cook at 6/28/2007 08:41:00 PM 2 comments:

Jesus Christ. If you are a boy with absent-daddy issues, this HBO documentary might be too much to bear. If not, it's touching meditation on what fatherhood is and what it is not, that offers the most satisfying sci-fi, D&D dork humor since Trekkies. I was ready to have a new font of dork humor, but this thing cuts to the bone.

Without giving anything away, I'm tempted to say Colin is heroic in his resolve, but I fear things ten years down the line. All I can say is that house is only going to get messier and more densely-populated by the time Drakmar II comes out.

Still though, this is an example of brilliant narrative non-fiction, finding universal poetry in a goofy premise. The filmmakers inject themselves just enough into the narrative, acting as catalysts rather than stars, letting the heroes and fuck-ups inter-tangle like they always do, Huzzah!
Posted by Alex V Cook at 6/27/2007 09:21:00 PM 1 comment:

The Storm, The Cage and the High Lonesome
The rebirth of the Hi-Ho Lounge and of New Orleans Itself

When I moved back to Baton Rouge three years ago, fresh from my foolish sojourn elsewhere, one of the things I was most excited about was being close to New Orleans again. I came up in Houma, so New Orleans was the place we would take off to once one of our parents relinquished the car. New Orleans was my Other, my glamorous, dirty, scary, glorious other place I came to know and love.
READ MORE.... 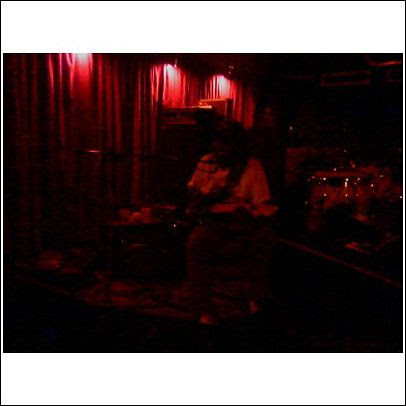 HR, The Rosebuds, Land of Talk, Battles, T-Model Ford reviewed, all for your glistening, listening pleasure.

Battles was a formidable show, The Rosebuds were beyond charming, but 78-year old T-Model Ford mopped the floor with all them peckerwoods

I've been selected to write about one of my favorite artists (top secret for now) for The Oxford American's 2007 Southern Music Issue! This is an amazing honor, one which I will lord over any and everybody's head.