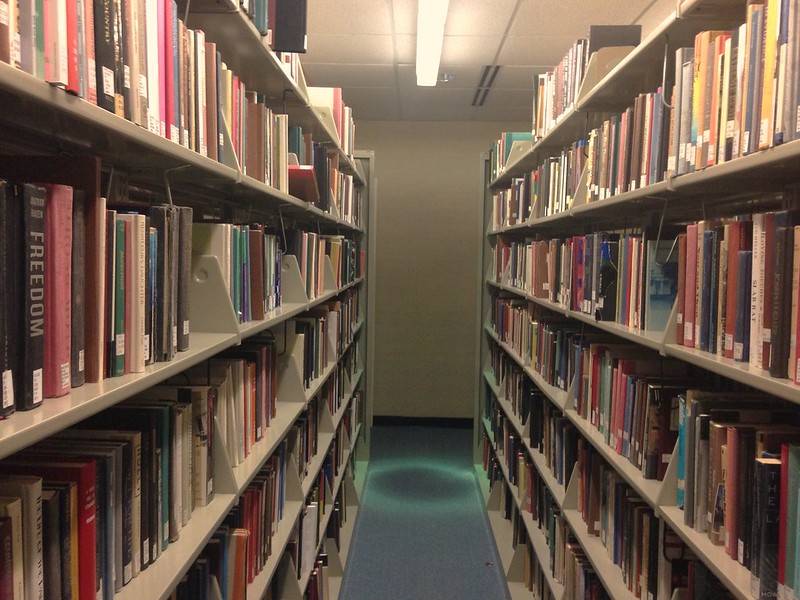 I am going to miss Middleton Library when I leave this campus job in May. I've told people for years my favorite perk of working on campus was the library and they all thought I was crazy.

It was the first place I was excited about when I started college in 1987. The same copy of the Susan Sontag Artaud anthology is on the shelf with the same stain from where I spilled my first cappucino on it, nursing my malleable adulthood in the terrible cafe they had on the second floor of the Union. 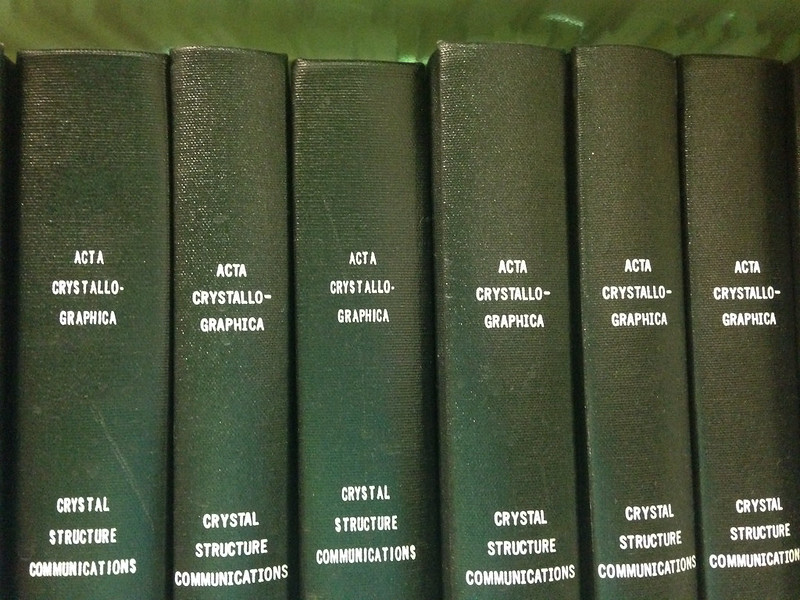 I still like the sturdy, academic glow of bound journals. I always wondered if anyone ever looks at these or do they sit there like batteries, waiting to be hooked up to the right flashlight. 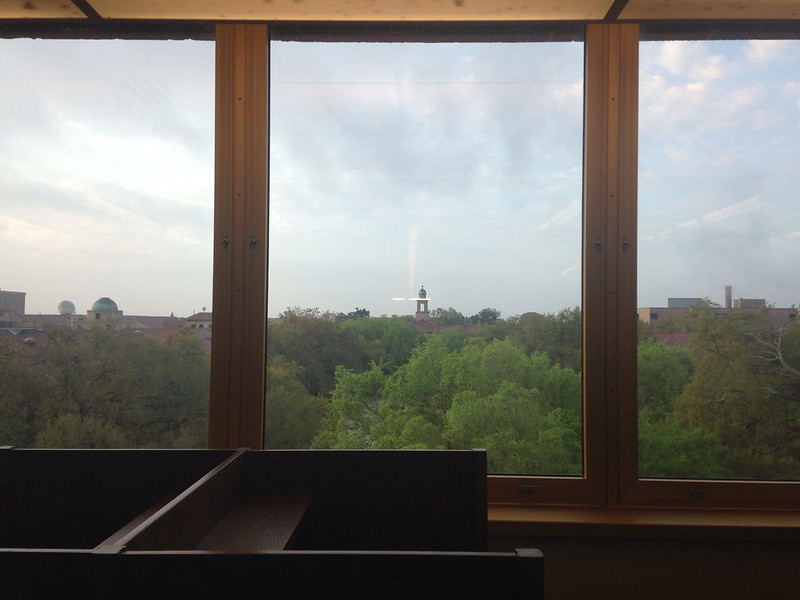 I love this view from the fourth floor. I wish there was a zip line from here to the tip of whatever that tower is atop the architecture building. 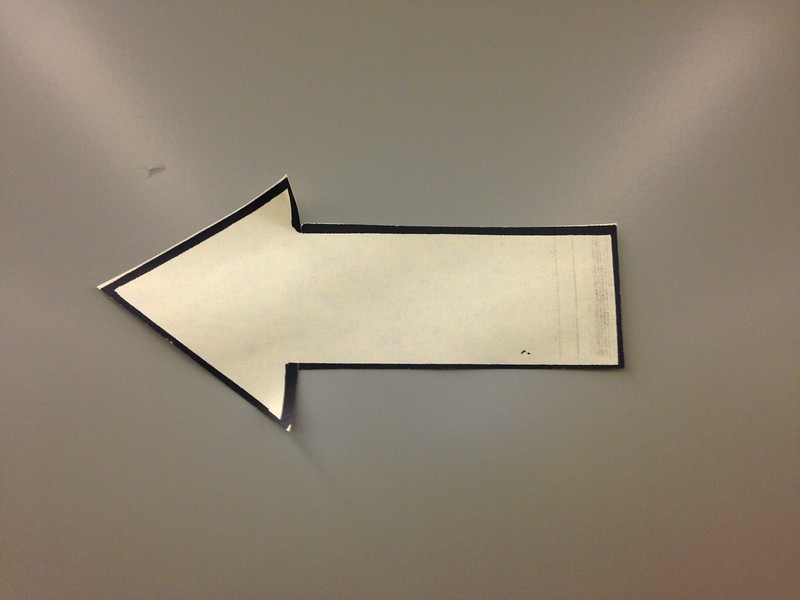 On my way out, I saw one of my former students on his laptop in the fourth floor lobby. I was amazed. Most students only know the library as having computer labs and never even venture past the second floor. Which is okay; it is the way of things.

That said, I made an Intro to Mass Media assignment once where students had to check out a book and submit a photo outside of the library with themselves and the book. Many of them captioned the photo with "Last time I'm ever doing this!"

I checked out an Artaud book like old times, Harry Crews' FLORIDA FRENZY where he called the South "the hookworm and rickets belt" and Denis Johnson's RESUSCITATION OF A HANGED MAN. Hopefully this spate of activity will keep them afloat a little longer.
Posted by Alex V Cook at 3/19/2015 11:12:00 AM 1 comment:

If you're feeling introspective about IF YOU'RE FEELING SINISTER

If You're Feeling Sinister by Scott Plagenhoef
My rating: 4 of 5 stars

This book was particularly good at relating the appeal of Belle & Sebastian, which is not the easiest thing to do.  Thanks largely to one line from Jack Black's character in HIGH FIDELITY, B&S are regarded as sad bastard music, when in fact, they are sneaky bastard music. Stuart Murdoch's art lies somewhere mid the line between Morrissey's Vegas-sized dispesia with himself, love and the world and Stephin Merritt's open distaste for it. I think Murdoch likes his little corner of the world, the cadre of misfits who parade through it and correctly views the rest of mankind as dangerous and/or tedious. But the deal with B&S is that their melodrama is an embrace of adolescence rather than a continuance of it.

I never knew the backstory about Murdoch's long period of isolation recovering from chronic fatigue syndrome basically birthing the songs from TIGERMILK fully formed into the world.  The first track, "The State I'm In," is one of the greatest things indie rock has done. If TIGERMILK had been his/B&S's only release, it would give creedence to the "everybody's got one good album in them" theory, but truth is, they continued and eveolved and wrote even greater songs (at least up through THE LIFE PURSUIT, anyway).

Granted, the book talks more about TIGERMILK (only at the very end does it really delve into SINISTER at a fine level) and probably should be named for the first records. But if that doesn't really hang you up, this book does a good job watching the incubation and hatching of a little genius band wthout blowing it out of scale. And like every good 33 1/3 book, it made listening to a great record and even more rewarding experience, even if it didn't go through it micron-by-micron.

View all my reviews at GoodReads

The book's discussions of C-86 scene in Scotland made me want to listen to that whole delightfully scrappy era of indie pop, particularly Orange Juice, whose "Rip It Up" titles this little handy but not totally Scottish playlist, which, unlike the book, culminates in IF YOU'RE FEELING SINISTER in detail.

To cap it off, all this Scotland-climate preciousness coupled with this dour rainy weather we're having led me to write this twee bossa nova about staying in. Contains a little cussing. Enjoy! 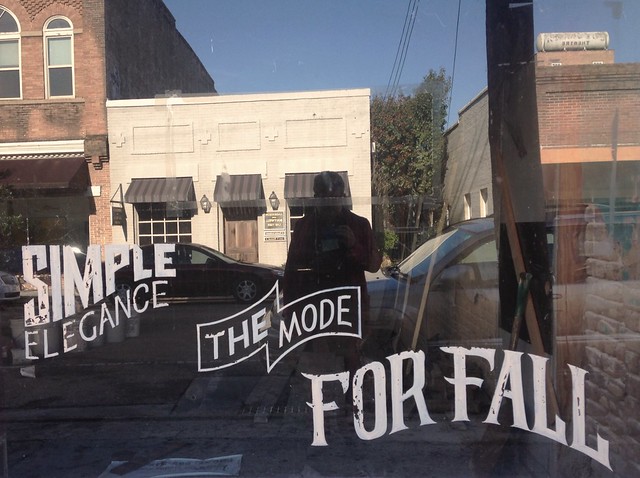 I did talks and panels at Hammond, La. Regional Arts Center's "Celebrating the Written Word" literary festival over the weekend, which was great. You should go, not just because the people there run a great festival, but because you get to experience charming Hammond. It's a living downtown of funky bars and restaurants and so on. Even the buildings that were not in use (a minority) were full charm assaults. I had no idea, even though I've lived half an hour away for decades. 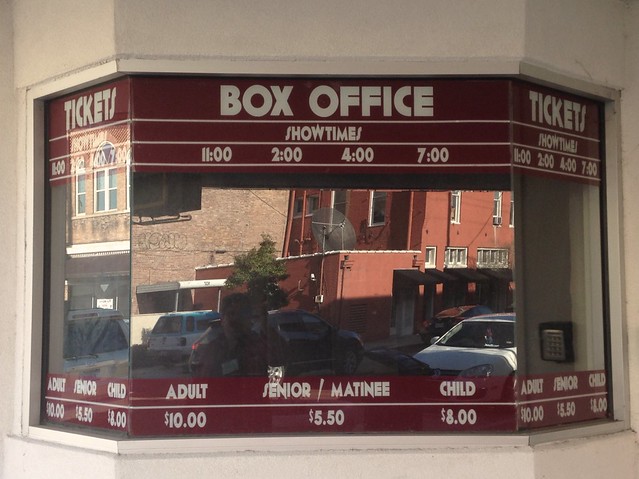 I might have begged off a panel to go see a movie in the old Ritz theatre. 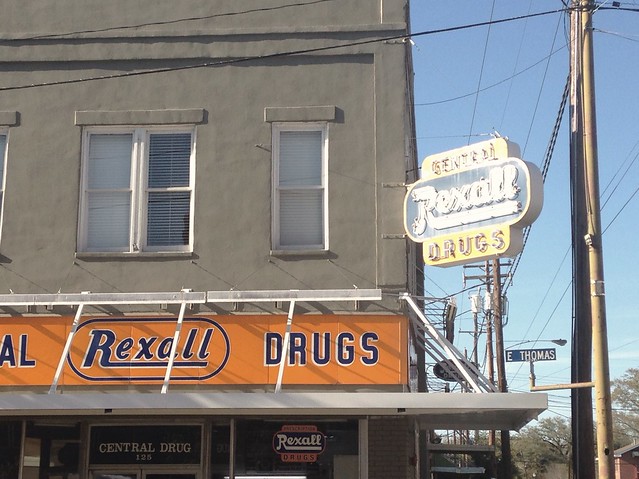 It reminded me immediately of Keokuk, Ia., the city I was born in but didn't live in. My grandma lived there and when we'd stay there, we'd inverably have to go to the Revall drugs to get a refill on her nitroglycerin.  The buildings in Keokuk all had upstairs apartments like those in Hammond do. As a kid, I dreamed of living in one of those apartments. I thought it would be so cool to say I lived above the Rexall, to bound down the stairs to get candy with couch-cushion change. 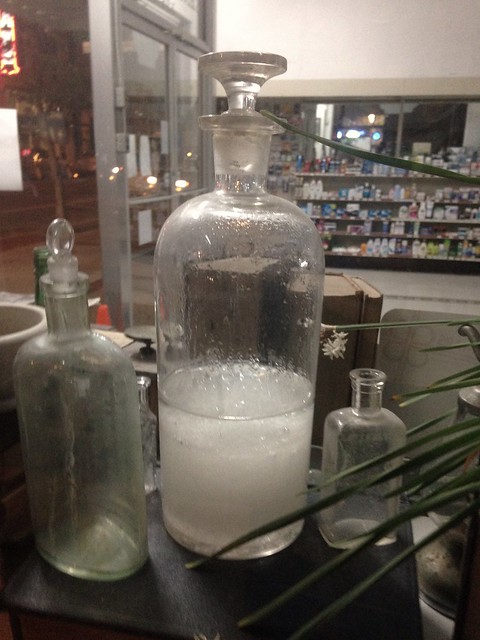 I double-dog dare you to drink whatever is in this bottle in Rexall's window. Speaking of drinking, all the bars we went to had package liquor setups in them, namely shelves of wine bottles. It's probably how things are where you live, but it's a rare sight here. I like it. Why should one have to endure the harsh flourescent reality of a convenience store or grocery to get your drink on. And since I'm here... 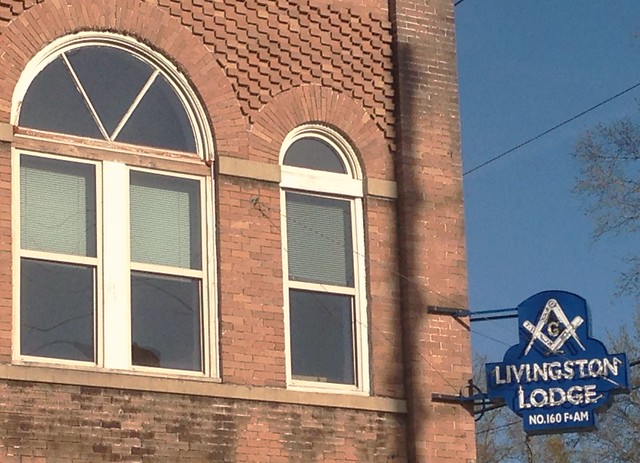 I really wanted to see an adolescent me peer back at me from the apartment over the Mason Lodge. I bet the magic hour light makes cool shadows on the cheap ancient carpet in that living room, even if it puts glare on the TV.

To see her naked body: Leonard Cohen's film I AM A HOTEL

The '70s-'80s music of Leonard Cohen can be a bitter taste if you are not accustomed to it.  That art comes off as dated, louche, a one-note baroque internal symphony performed by the orchestra that is the gazing male ego. Yet, it is classic and, to me, irresistible. This 1983 film for Canadian television, I AM A HOTEL, is Cohen manifest.

It takes a painfully '80s ballet leap through five of Cohen's songs, most notably "Memories," a tune from Death of a Ladies' Man, an album Cohen himself can't take. The album started as a collaboration with Phil Spector that was wrested by the latter (it is reported that a gun was involved, go figure) to become a lush, arrogant monstrosity. Each chorus swells up like a tropical storm only to reveal its goal in the momentary calm - "To see her naked body." It's as honest as a rock song gets. It is really good. Old pond frog Cohen even wails "herrrr nakkkked bodddyyyy!" at the end.

Tablet published a beautiful tribute to that album.

The "Memories" scene has Cohen as a mannequin/1950s ballroom singer (maybe a Roy Orbison shadow) perched on a balcony stage as the chambermaid and bellhop lunge at each other. It's notable that Cohen opens the door to the ballroom for these two and then sings as they cavort. That seems to be the deal with Leonard Cohen; he opens doors you know you shouldn't. He is the last ladies' man so you don't have to be.

Otherwise, Cohen sits in his room singing to women only in memories. I'm reminded of one of the greatest Cohen tunes, "Tower of Song" (not included in the film) where he sees himself stuck in a flophouse of artist tradition.

I said to Hank Williams: how lonely does it get?
Hank Williams hasn't answered yet
But I hear him coughing all night long
A hundred floors above me
In the Tower of Song
(from here)

The film doesn't really go many places Cohen isn't already headed in song, but then, he is the celebrated dark rider in folk music's cloistered sexuality, and he is always motioning for you to jump in the saddle with him.