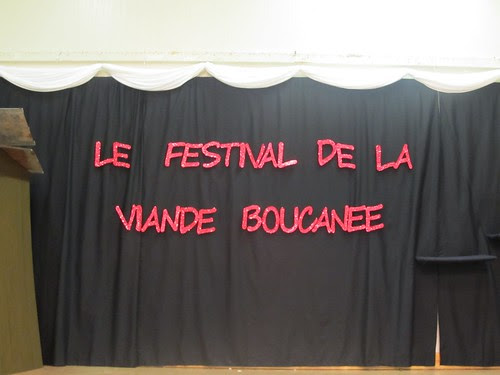 Le Festival de Viande Boucaneé in Ville Platte, LA is one of my favorite events of the year, a psychedelic meat parade put on by the nicest of people in the blast furnace of summer. I was privaleged to be a judge for a second year. Here is the damage from 2012. In 2013, it was all about important women and smoked squirrel.

Thank you so much to Sharon Fontenot for running the Festival this one last time, to the good people of Ville Platte, to my judging teammate Smiley Anders and to my runnin' partner no. 1, Clarke Gernon.
Posted by Alex V Cook at 6/29/2013 09:23:00 PM No comments:


If the slideshow doesn't work for you, view the whole thing on Storify.

I was telling someone about when I saw Gordon Gano from les Femmes play with Lost Bayou Ramblers and we ran into him in the little hostel part of the Blue Moon and he was wearing a hat that made him look like a garden gnome and the woman that was with us was all in. to. that.

My gnome hat is off to Gordon Gano. It's an amazing thing to write a simple song like "Blister in the Sun" that everybody likes. I mean, everybody. Who doesn't like that song?

I'm still pretty sure I don't really care for Randy Newman, though I do really like the chapter in Greil Marcus' MYSTERY TRAIN on him.

When a pretty lady asks if you want a turkey wing 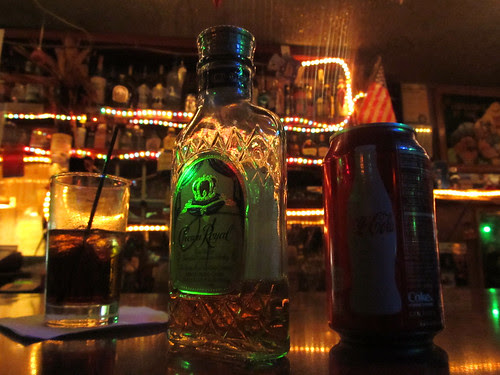 Product placement. This plus a bowl of ice and two more glasses comprised the setup we made work of at Teddy's Juke Joint last night. 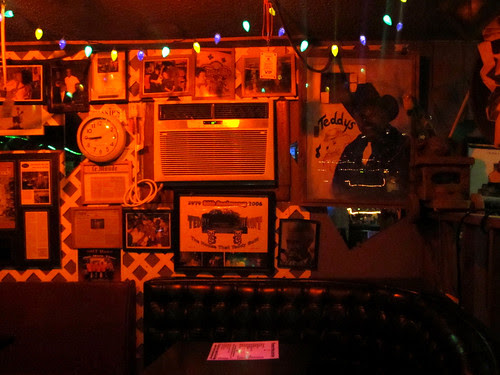 I've been a million times and still feel like there is more there than I will really ever process. I took the guy behind 50 Miles of Elbow Room and the Rev. Charle Jackson albums out there to interview him. Look for the piece in the August issue of Country Roads.

Speaking of Country Roads, in the July issue, I look at the case being made for Hattiesburg, MS as the birthplace of rock 'n' roll.  It's on newsstands or you can read it here.

Here is exhibit A in that case. 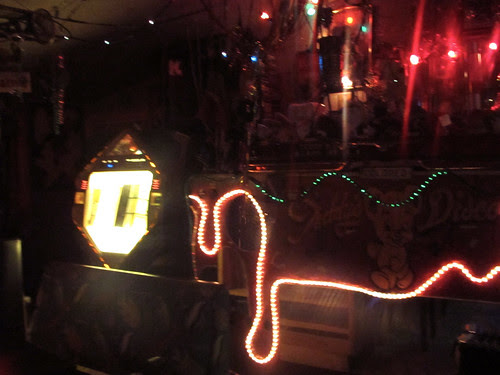 Meanwhile, back at Teddy's... 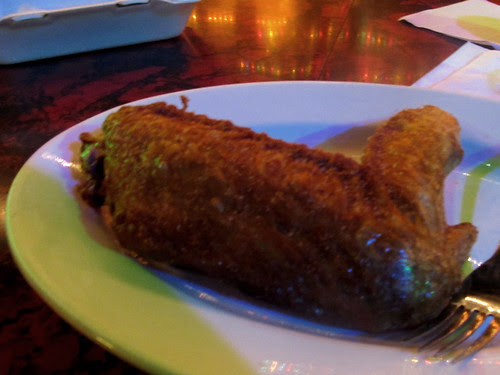 It was a slow night and Teddy's wife, Nancy, was up behind the bar wanting to know if we needed anything. Need? When a pretty lady asks if you want a turkey wing, you say, "yes." 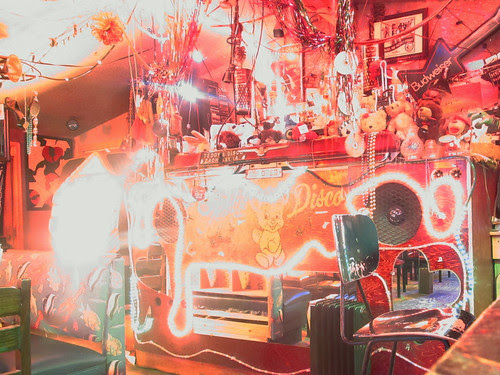 One of the things I love about being in the glittering dazzle of Teddy's is that there is a sense that you are not exactly in control but not out of control, either. For instance, my camera was balking at the blinking lights and basically put up a message that said, let me do my thing, so I did, and this is its thing. 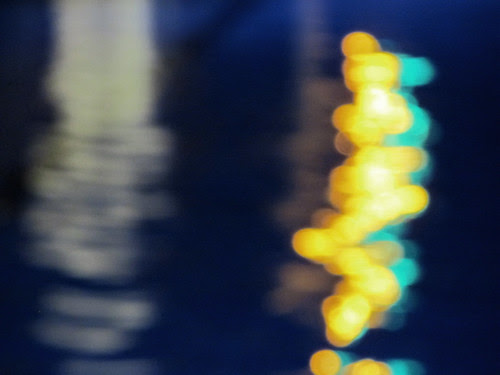 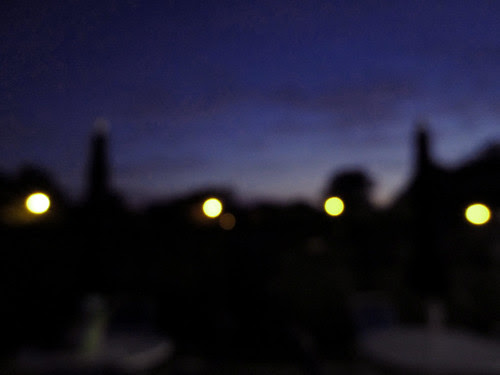 I brought my camera hoping to see the last gasp of the Supermoon but it never showed. 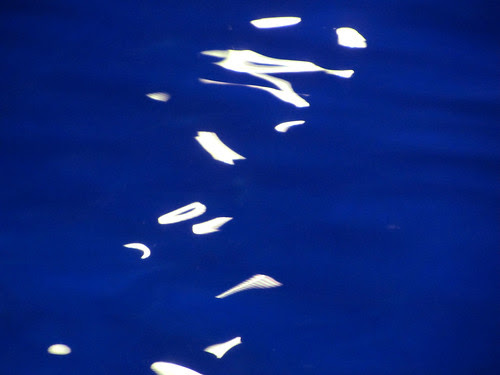 I've been on a spate of watching classic art films. You can always tell an art film because the cinematographer is anxious for the actor to shut up so he or she can take shots of waves and clouds. 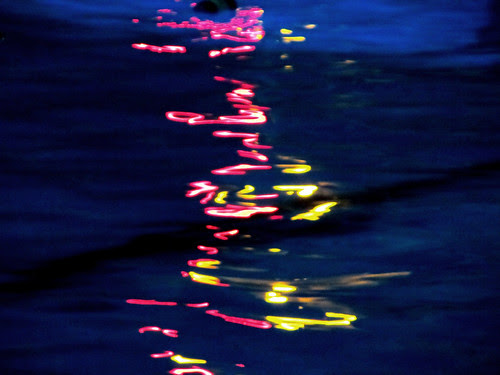 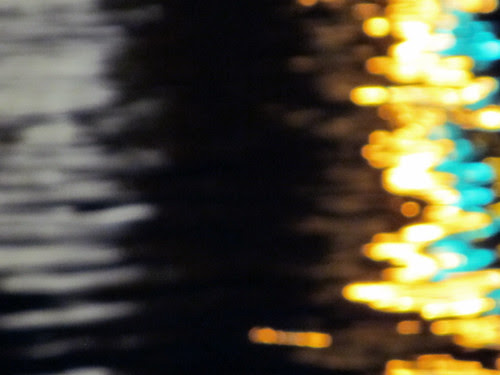 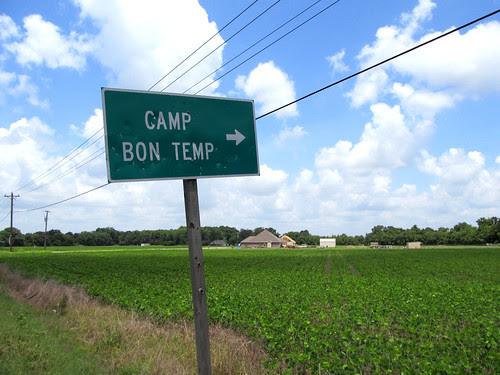 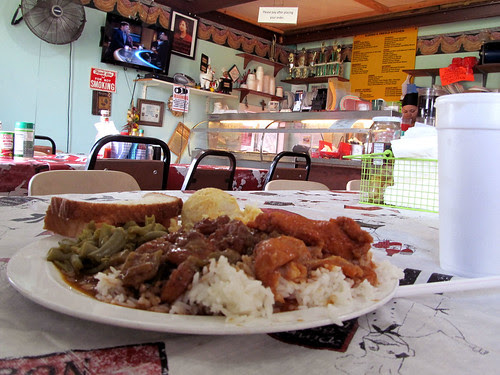 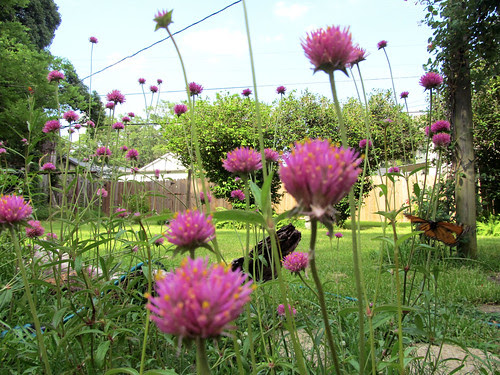 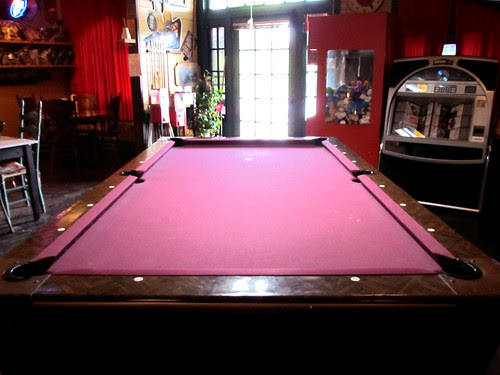 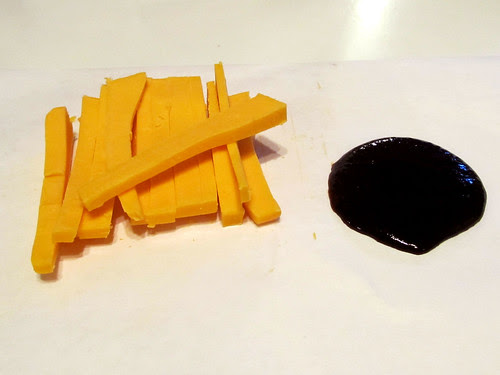 Scenes from the last 48 hours.

(1) This sign across the road from Glenda's Creole Kitchen points to "Camp Good Times," which is where I feel I've been spending my time. Who wants to shoot at the "Camp Good Times" sign? (2) Glenda's is worth the drive. I couldn't choose between okra & shrimp and the catfish coubillion, so I opted for both. My sole regret of the last two days is that they were out of sweet dough pies. (3) The yard got mowed by a dude down the street and the Gomphrena globosa, also known as "Bachelor's Buttons," is going gangbusters, so much so that it freezes monarch butterflies in their fluttery tracks. (4) The pink pool table at St. Rose Tavern isn't even in the top ten most entertaining things in the bar, but (5) the cheese & pickapeppa appetizer might be. Humble yet weirdly daring and elegant in its presentation. Their roast beef poboys are so godlike that they can barely be captured by modern photographic means. I ate cold leftovers after and it was just as good. 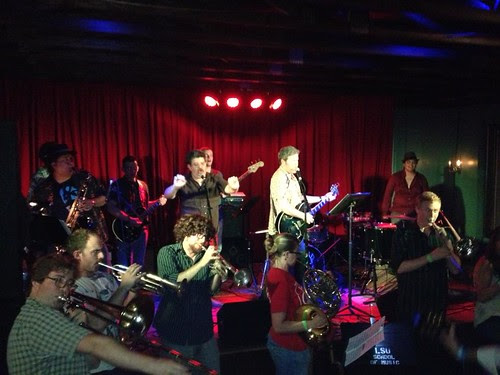 My band! Everyone, start a band! Photo by Bill Kelley


Everything I've listened to in the last two weeks has paled in comparison to what Rev. Charlie Jackson is laying down, but here it is anyway.


If the slideshow doesn't work for you, here is the whole thing on Storify.

It's been a huge two weeks: my band, the Baton Rouge Adult Music Club, had it's first triumphant gig.  Here we are tear-assing through Beck's "Rough on Rats" from his Song Reader collection of sheet music songs.

and here is the whole gig in snippets, if you like.

Also, taught a weeklong camp of high school journalists and guided them through the channels of communication. They did great, maybe greater than some of my college students who too a whole semester to cover the same material. We should do everything in life like it was camp or a church meeting.