If the slideshow doesn't do it for you, you can read the whole thing on Storify.

The office is largely abandoned from students in the summer, and that relative isolation lends itself to deep sonic immersion, even deeper than normal fo me, which is almost at sensory-depravation-tank levels already.

I have been thinking about Carl Wilson's article about why he hates the National, about why one invests so much energy into something as pointless as hating the music a band makes. I do it, too. I can go off on 311 and Soundgarden at the drop of the gauntlet, but honestly, it's more about being snippy and wordy than it is about real hatred.

Wilson has made a side career for himself analyzing his own tastes - his 33 1/3 book on Celine Dion is worth a read. He's a smart guy and a great writer, and yet, I sneered at his National article. Would I have reacted so vicerally if the article hadn't been about a band I like? Doubt it. I would've been all, Yeah! The Black Eyed Peas do really suck! Finally! The Truth!

It was a show on the National's Alligator tour that spurred me on to write about music professionally, so they have special extra-musical meaning to me. And, sure, they are kinda boring sometimes. I still think Alligator is a peak of the sonic 2000s, a dark gaze into the bathroom mirror of countless corporate office restrooms by souls too fragile to be there, but again, that's an extra-musical, personalized reading. Maybe all they do do is crescendos and I'm bringing what I like about them with me.

The pageview numbers for these little weekly lists of albums have been dwindling and I find myself writing less about the music and wondering why I'm still doing it - the eternal blogger's dilema. Maybe no one cares. Maybe I don't care. All I want to do is turn people on to something cool and garner whatver cool point byproducts one receives from that. But I'm also old enough to know that those dividends quickly evaporate, and also realize that this sort of navel-gazing is the worst thing you can do in a blog edit window, so I'll sto.

Here's what I liked this week. I like playing with web toys like slideshows. It's kinda my job in that now empty hallway to figure out what people want and how to present it. The "What's Opera Doc" cartoon is up in there if you don't even like music. Everybody likes to kill the wabbit. Here it is if you don't want to sift though everything I like. What more do you people want? What less? What? I actually want to know. 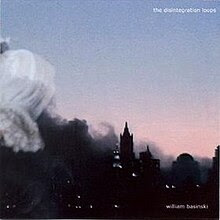