I am now going to add to the pile of tributes to Robert Rauschenberg, who died the other night. 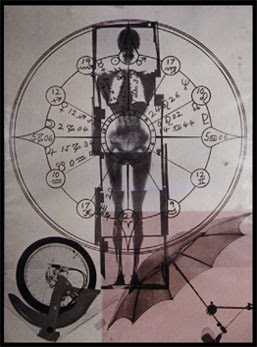 First and foremost, I like Rauschenberg for his aesthetic. I love the way his pieces are put together, even the less successful ones. His work has a nervous laughter to them. All those images and things pile up on top of each other, crammed up like in the city he loved as a young man, the locales of the world later in life and finally, his jungle island off Florida's coast where he lived for the last couple of decades. His was not an elegant stacking of ideas but more of a forced, organic connection of images. We think of nature as a giant clockwork, gears neatly syncing into other gears, but its really not like that. Nature is all force; things pushing their way into the space of another, consuming or being consumed in the process, and this is neither a sweet nor brutal process, and that is what makes it truly beautiful. 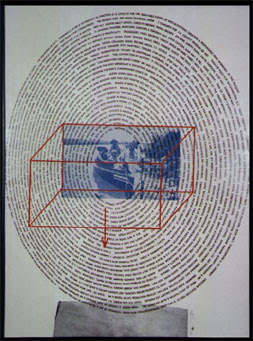 Secondly, I like Rauschenberg because he was willing to throw convention out the window and develop art as his spirit called him to do, to live the process of making art, or as he put it act in the space between art and life. I'm not naively implying that he was an uncarved block when he arrived at Black Mountain College or had that first show with Leo Castelli - Rauschenberg was a master showman, and the marriage of that curiosity and need to express that curiosty is what makes one a great artist. Picasso knew that, Dali knew it, and Robert Rauschenberg knew it. He was simultaneously panned by critics and won the Venice Bienalle, both situations he worked to his advantage. 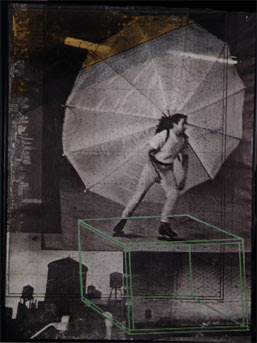 Thirdly, I like Rauschenberg because he is one of the few artists I can think of that was so out there in regards to his work, yet so immediately accessible. I went to his retrospective in Houston a little over a decade ago, and that sense came through on everything there. His mammoth The 1/4 Mile or 2 Furlong Piece curled around the bottom galleries of a museum there, stacks of books on minute, old shirts plastered to the wall the next with rusted boats around the corner. It instilled in me the idea of letting art be a precipitate of ones' own life was the way to go, and I still believe that.

The thing I always think of about that show was that they had prints of Autobiography, a special print he made on a billboard printer, for sale at the exhibition for $1500. I had a credit card in my pocket that had yet to be maxed out, and to this day I regret not getting it. These were mammoth things, a set of three giant prints pictured above, would have overtaken my walls forever. In the ensuing months, I maxed out that credit card anyway on things I don't remember at all, so if there is a lesson in Rauschenberg, it is: go ahead and destroy your credit for art and always strike while the iron is hot.