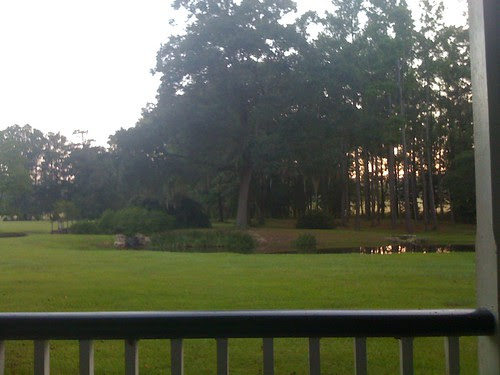 Heaven is a place where nothing ever happens. Or it's a farm north of St. Francisville where just the right amount of things happen.

Something finally started happening at the tail end of Richard Yates and, in a way, it was a little disappointing. I was hoping our pro/an/pan-tagonists Haley Joel Osment and Dakota Fanning would remain steadfast soldiers in the militia of the disengaged. I've got 20 pages to go, they might pull it out at the end.

I was kicking Talking Heads around on a friend's blog and then someone else posted the cover of Brian Eno's Before and After Science on Facebook and it reminded me to listen to Fear of Music, something I've been meaning to do ever since I read that Jonathan Lethem was writing a 33 1/3 book about it. I never could interface with Fear of Music while every other record of theirs, even the aggressively spotty True Stories and the who cares last gasp Naked, totally pushed my buttons shortly after their times. I'm pretty sure I came home the summer of  '89 with all my Talking Heads tapes and informed my friends who were still listening to Peter Gabriel and Rush that Talking Heads were the greatest band there was. I think I did the same thing the following summer with my Sonic Youth tapes, both times to little avail. One of those friends is now the guitar player and music director for Seal and has probably basked in the glow of Heidi Klum in person a time or two, so his might be the opinions to follow.

Anyway, this record sounded great walking back from walking my daughter to school. It's a walker's record. If one does treadmills or spins or whatever, the bulk of Fear of Music will hit you right in your reptilian escape reflex. So much so that when it is declared that this is not a party nor is it a disco nor is it fooling around in "Life During Wartime," the exposed part of this album's heart, you might just trip over your headphone cords (or oversized suit) and might ask yourself: how did you get there?

"Heaven" is a lovely tune.