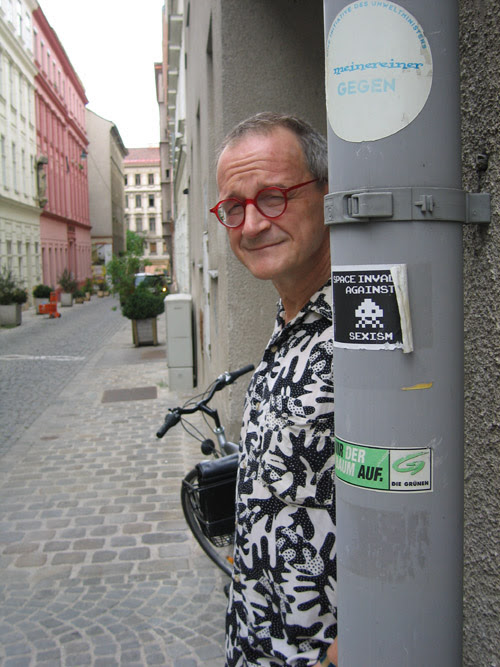 Gert Jonke, a space invader against sexism, in HTMLGIANT

I started The Distant Sound last night and know I've at least thumbed through Jonke's Geometric Regional Novel for it is precisely the title that appeals. "Thela Hun Ginjeet" got me through the morning walk home. Man, Adrian Belew is good. He lends the compulsive machine of 80's new wave/post-punk totalitarian rock the perfect amount of feral, gonzo humanity. Listening to his stream-of-desperation vocals, referring to desperate recording played back during an even more desperate situation, is like watching a mountain goat jump from office tower to office tower.

This Bil Evans is at the suggestion of Rosencrans Baldwin's "Living With Music" playlist in the New York Times' Paper Cuts blog.  I'm never sure what to put in quotes and what to italicize when referencing a blog, which is pretty sad considering how much I do it. I defer to The Chicago Manual of Style because they have a sublimely Midwestern passive-aggressive way of making you dig out an answer. Like you'll learn it better if you have to work at it. If there was a Southern Manual of Style, it would simply just change the subject by showing a  little cleavage and defer the whole messy affair to a later time.

Anyway, Conversations with Myself is a brilliant example of talking to oneself (he plays along with a recording of himself playing)  and old Gert's protagonist in The Distant Sound speaks to this from the loony bin.


There is nothing more beautiful than a conversation with yourself in which you consistently address yourself with if I may, sir. Because when your thoughts address them,selves informally with hey, yous, that often leads to one taking offense, and often a real hostility develops in your own thought process, both among and between your various ideas, and when your own opinions can't even get along with each other inside the same skull, that naturally causes a state of violent agitation that soon becomes entirely unbearable.