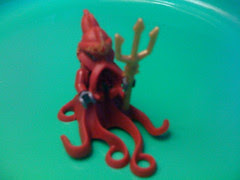 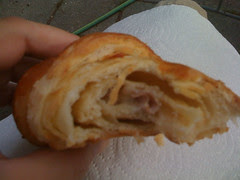 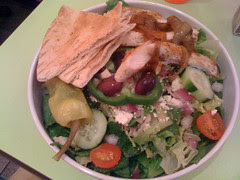 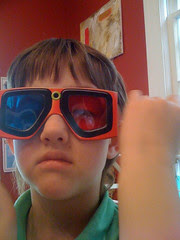 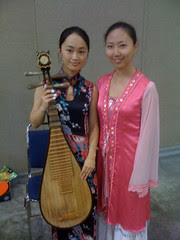 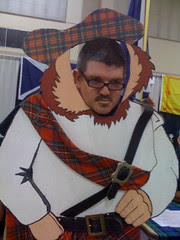 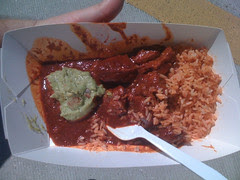 I have not seen Treme yet, so don't spoil it for me.

My weekend was filled with (1) Lego Atlantis Gateway of the Squid, (2) prosciutto croissants from Stand's, (3) and a great salad from bland-ass Zoe's Kitchen, of all places. There is a layer of German potato salad inexplicably but thankfully at the bottom. The weekend also involved (4) rocking the third dimension with Lego's and gardening and an interview with the guy from Men at Work (unpictured) then the Baton Rouge International Heritage Festival. In past years, this has been little more than an exploded social studies fair where the kids take a passport around and answer a question about Bulgaria and get a stamp and their name written in Thai and things like that. When we arrived, there was a martial arts demo being staged by the Chinese contingents to "Kung Fu Fighting" as a Celtic Club table guy idly played along on pennywistle. All I really get out of this is that the varied peoples of the world are innately prettier (5) than us mongrel white folk (6). This year we mongrels remembered that we do outdoor dealies right so I got to kick off the festival food season with a plate of mole and guacamole as the U.S.S. Kidd fired off its cannons and Selahattin Alpay and Band, hailing from our sister city of Malatya, Turkey, tore it up, accompanied by circles of men dancing in the street. One day I want to be in a band that sounds as cool as they did.

Later that evening we went undersea, to the Gateway of the Squid. Music from Bloom for iPhone.

For as pro-universe, go Team Everything as the weekend went, "King Apathy III" from the weathered tailfeathers of the Byrds was my jam all weekend.

King Apathy III - The Byrds
The great value of the Byrds is their role as curious prism through which the truths of the sixties can be discerned. For instance, dig the haggard menace of the first version of "This Wheels's on Fire," a week one in my opinion from Dylan's years with the Band. I more immediately associate it as the curious theme from Absolutely Fabulous, but here Roger McGuinn casts it as the perfect music for a drunk pawing the bushes for where he's dropped his keys or similar heroic tableau.

This Wheel's On Fire - John Yo...
There's nary a bum track on this album, not even the terrible/awesome cover, as there was no bum moment to the weekend.