the Mothership is missing 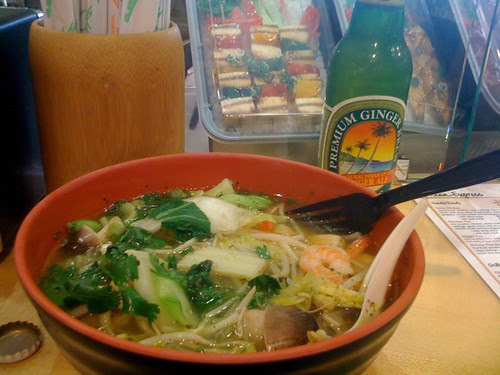 Media announcements: Offbeat just launched its iPhone app containing its copious Jazz Fest Bible, including pieces by me (in the Fest Focuses section) on blues guitar singularity Robert "1-String" Gibson and old school soul crooner Brother Tyrone. I'm sure it all will be soon available in regular boring old website version and glossy print, but it is exciting to get published in app form.

In this week's installment of the 225 Record Crate blog, I get you primed for Earth Day, Baton Rouge Blues Week, Lost Bayou Ramblers, Casiotone for the Painfully Alone and more fun than you can handle.

Also the Oxford American is throwing down this weekend in New Orleans in celebration of the 2010 Food Issue. Here's the intinerary for getting your foodie on with the my favorite magazine.

UFO announcement: The Mothership is missing! Though, if I had it in my back yard, I woudln't tell anyone either. I would just go out there in times of worry and sit in the captain's chair for a minute to recharge my interplanetary funksmanship. Thanks, @jgrossnas for the head's up.

And yep, that Jónsi record is as ecstatic and lovely as they've been saying. On the whole, 2010 has its musical shit together so far.

Boy Lilikoi - Jónsi
And sure, it might be as culturally productive as throwing plastic bags into the sea shopping there, but the Thai Basil Shrimp Noodle bowl at WFM coupled with a Jamacian-style ginger ale is suburban spring embodied in a grocery store dinner. Like the funk (make mine the P-funk, if you don't mind, yeah that one (pointing through deli counter glass) kthx), it can not only move but it can remove, dig?