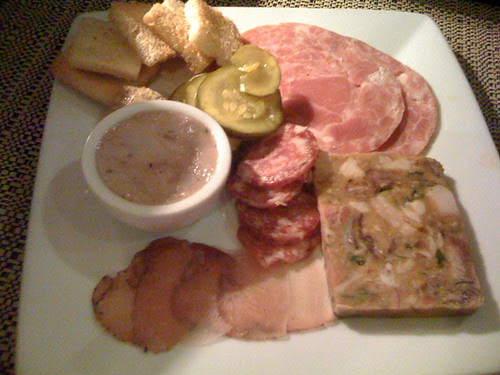 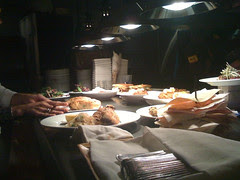 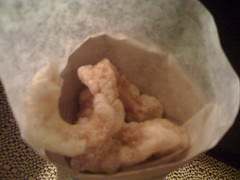 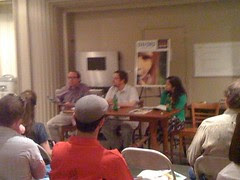 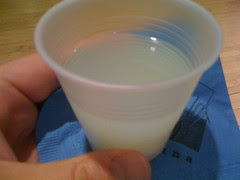 Bottom left is major food dude John T. Edge, novelist Jack Pendarvis, and the kickass Oxford American editrix Sara Camp Arnold talkin' food talk at the symposium the magazine was putting on in New Orleans at the Southern Food and Beverage Museum. Bottom right is the absinthe which Jack and his lovely wife Theresa and I toasted to the Green fairy, who you are supposed to see after enough absinthe. They departed on their own spectacular food odyssey detailed in Jack's imp flourish here, but I went solo into the wilds of Cochon to enjoy the meat poem of the boucherie plate (top center) consisting of sopressata, pork rillette (liverless pate), the first and only hog's head cheese I have ever enjoyed and the star of the evening, homemade country baloney.

When filling out the census, I am tempted to put "Oxford American" as my nationality; I love that magazine and the folks there and count it as a great privilege when I get to work and hang out with them, but man, the heaviest tête-à-tête of the night was that conversation with country baloney. It pulled high and low together in ways literature and music fail to manage. I doubt baloney has ever been given this much thought and care and still ended up being called "baloney," but it was a beautiful thing. I sat at the chef's bar (center left) where I suspect my eyeballing every dish that came out prompted the chef to send over a champagne flute full of cracklins (center right). I'm not a huge cracklins guy, but this was like if it was Zeus' turn to host movie night and for snacks he commanded that the prized hogs of Circe be herded into Haephestus' deep fryer filled with the sweat of river nymphs to be turned into the finest popcorn. 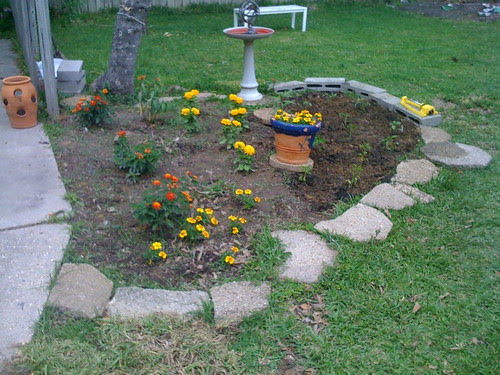 The talk I attended was much about the value of considering the value of authenticity in a cuisine, which like authenticity(and meta-authenticity) in music, is a bit of a rabbit hole. (There is a lot of rabbit on the menu at Cochon, by the way. I predict rabbit is gonna be the hip entree soon) Roots are good, but its the flower we see, the fruit we eat, so to speak. We've been actively changing our relationship with food as of late for myriad reasons and the more locovore I go, the more I like it. The class issues around it still gnaw at me a little, like how fresh food is a middle class privilege but things like this symposium and the OA Food Issue and conversations with a friend over at She Eats Beats and Jamie Oliver's stupid heartwarming TV show and the way my pants fit now and how much I really like Whole Foods hummus are pointing me toward what feels like the right direction. I put in creole tomatoes and jalapeño and sweet banana peppers in the garden over the weekend for what its worth and I spend idle time perusing the seed catalogs we get, which strikes me as a better use of my humanity than clothes and furniture and even records.

The guys next to me at the chef's bar ordered moonshine I believe, or at least were over-talking about moonshine in the way music nerds talk about no wave bands like The Scene is Now (which I am still into, but the first album Burn All Your Records is the one you need) and I thought to myself "You idiots are missing the point of moonshine" but like my old Tai Chi instructor was fond of saying in his exaggeratedly battered English, "You point finger, you have three finger point back at you self."

Here Are Your Songs - The Scen...
My own authenticity-seeking, moonshine-deconstructing, personal country baloney led me to Furry Lewis Blues Magician album, recorded in his tiny Beale street apartment with early Big Star cohort Terry Manning in 1969, capturing Furry "with a guitar, sitting on his bed with his leg off" (lost in a railroad accident when he was a hobo in the 1910s) which is the kind of thing you hope to hear rattling around down there as an interloper in rabbit holes.