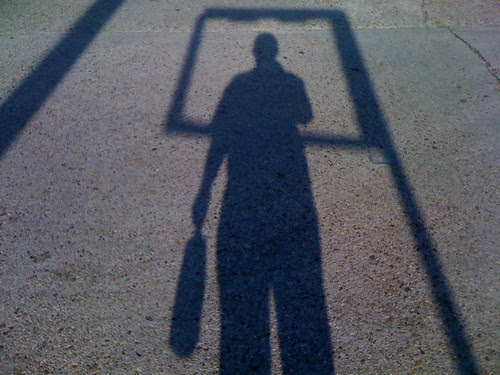 I just started The Eyes of Willie McGee but it already makes sweet ol' Eleanor Roosevelt look like a bit of an asshole, portending well as a paradigm-shaker. I haven't listened to the Wedding Present since the 90's that birthed them, but novelist Jon McGregor's "Living With Music" bit in the NYT's Paper Cuts brought them slumping right back into my headphones. Four observations:
I just got the new National which excites me so, but not like the sudden springing of Buckingham Nicks out of my favorite well of the the infinite. It's the only thing I ever asked of the Internet and it provided!

I hereby offer the above quickie walk-to-the-bus hangman photo to anyone needing an image for their production of "Death of a Salesman."
Posted by Alex V Cook at 4/21/2010 10:51:00 AM