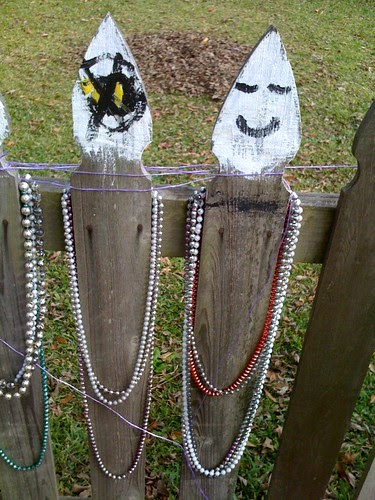 My world is peopled by crazy bastards, the sort that on paper may seem difficult, egregious, self-centered, occasionally horrible even. I am open to the possibility that I am one of those people, and if I am, I hope I share those people's secondary trait; that they reveal moments of glimmering, radiant warmth that for a moment blaze out of the cracks in their impenetrability and intractability, and it is in that light you can see things that you can't otherwise see. If you recognize yourself in that description, know that I appreciate you, crazy bastard that you are.

I've been a little more worked up about Vic Chesnutt's death than I've a right to be. I've been a fan for years. I've written about him. I did talk to him once, but only briefly. That night I talked to someone in his touring band about him more extensively and intimately, and maybe that's how you process the crazy bastards, through secondary channels, via contact highs. Or mirrors. Or records. Or whatever. It's the only way we can deal with him now, I guess. His family can use some help if you've got something to spare.

A friend of mine that lived in Athens back in the day saw the news in the NYTimes this morning. "Man! I went to see Night of the Iguana with Vic Chesnutt."

Speaking of crazy bastards, I found out that three of Julian Cope's finest albums have been reissued. Jehovahkill, an album so slyly weird it mutates on its way down your earhole has with it a bonus record containing a couple of crazy bastard Roky Erickson songs and lo, as I flip channels and look across my TV and laptop and phone lit up against the dark like all those TV's Roky would have going at once in his house, goddamn Roky Erickson is on Austin City Limits. Like right now. I see Billy Gibbons in the band, and, oh hey, OG Baton Rouge dude Jon Sanchez too. I particularly like seeing his crazy words rip out in the closed captions, the odd comfort the fortuitous, one-sided conversation with a crazy bastard can yield.