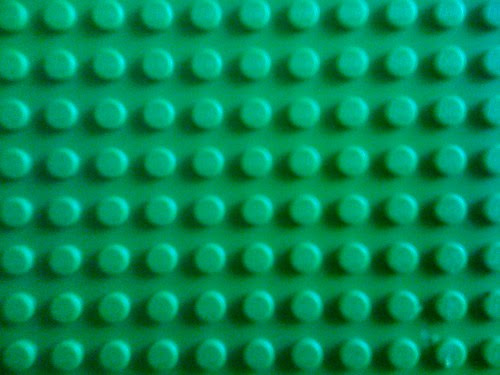 I am thrilled to announce that as of this Christmas Maya has entered her LEGO period, which means I get to enter my second LEGO period. At a last-minute stab, I went to Toys-R-Us at 6:30 last night, even ignoring the signs the universe was sending by making me forget my wallet the first time, to purchase some LEGO's for under the tree. I did manage to find a tub of standard building blocks, but really, LEGO's are all about kits now which I thought at first to be disappointing. The truth in LEGO's is to constrict your own boxy, pixellated reality of spaceships and buildings and whatever, but, the Spirit of Holiday Spending caught me in its grip and I got this!

The Star Wars Battle of Endor set. What you cannot see in this photo is the intricate gearbox in the At-At or the elaborate detail of the forest speeders or the detail in the working catapult. We haven't even attempted the building yet, which probably has running water and a plumbing system elaborate enough to handle the Rebel Alliance's needs during the blackout periods, you know, when the Death Star rounds the planet, and all. Seriously, LEGO's are another green world away from the flat green sheet and rainbows of 4x4 and 2x4 bricks that I remember.

The Big Ship - Brian Eno
Evidence of the recession could be found in the absence of everyone while we were milling about yesterday. We all have a touch of bubonic plague from contact with The Mouse, so there was trepidation in venturing out, but dude, it was like Night of the Comet out there. We went to see the fantastically grim and operatic Disney's A Christmas Carol and were the only ones in the theater except for a suspect sextet of 20yo men three rows back. I say suspect because, er, we are y'all not at Avatar instead of creeping me out and making me feel like a youth-fearing Ebenezer.

It did strike me that Scrooge's diatribe against the poor from the beginning of the tale, when the charities come ringing, closely mirrored the rhetoric of the very neocon forces that got us into this economic mess. It would have been a coup of the greatest irony if they'd convinced Glenn Beck or somebody like that to voice the roll instead of Jim Carrey.

On another board I frequent (albeit less frequently), some wog was echoing the bent-out shape of such pundits in regards to the Warhol Mao that some designer slipped into an ornament on the White House tree.

As pinko leaning as I may be, I am not going to defend the Chairman's record, but y'all, "Mao" is not Mao, and icons are not the real thing, and we do not have a Communist or Socialist government just because the insurance complex that you free market lovers created has necessitated our feral experiment to act as a civilized nation and let the poor see doctors, and just because a conclusion can be jumped to with your limited vaulting skills does not mean you need to go there. Whew! Glad that's settled!

I am giddy from the crashing shuffle of LEGO's in the other end of the house. That is the sound of building things, of progress, of not playing games, of building a world of one's own design like the human spirit demands. I am like the Art Brut dude with his comic books and milkshakes about it. It never gets old. Merry Christmas and may the Force be with you!