the worst coffee shop around 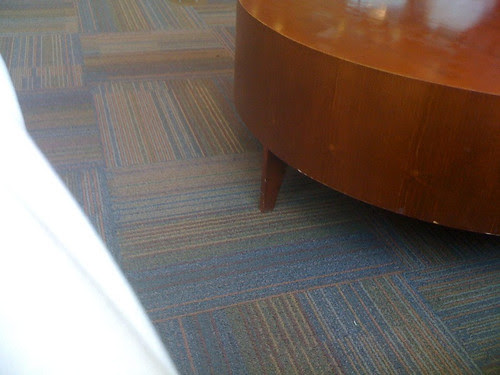 My leg, the carpet, and a coffee table.

Various Artists, Mississippi Records Vol. 22: Who Has Seen the Wind?

Vol. 22 is labeled "Pop Music" but that's like saying the sunset gives you enough light to ready by. The Mississippi Records guys should just be put in charge of things. This delicate wrecking ball of a song is on this tape. Thanks once again, ROOT BLOG!

If you are looking for something else that is bigger than its description, check out Judith Kitchen's three essays at the front of the Spring 2010 Prairie Schooner, all about the "recombinant DNA of history" and old photos like this one of SS Officers cutting up on a bridge outside Auschwitz. She goes where you think essays about old photos are gonna go, but you still might want to walk behind in her footprints. 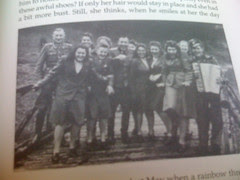 I'm rather fond of the coffee shop in the campus library. It is the worst coffee shop around - airport prices with bus station coffee and student worker diligence, corporate but the wrong corporation, terrible music at too high a volume for a library, and students in varying states of melodrama (publicly sleeping, studying with nine stacks of books they will not crack open, etc.) They have crappy couches, big windows and, like library bindings, possessing no character whatsoever. A monument to the failures of the service economy. It is situated right next to where they keep the lit journals and sitting there, filtering them for something to do something with after walking up and down all four flights of stairs to and from the lit section makes me feel like I'm doing something with my lunch hour.
Posted by Alex V Cook at 6/21/2010 12:18:00 PM