the pink hand of an angry God 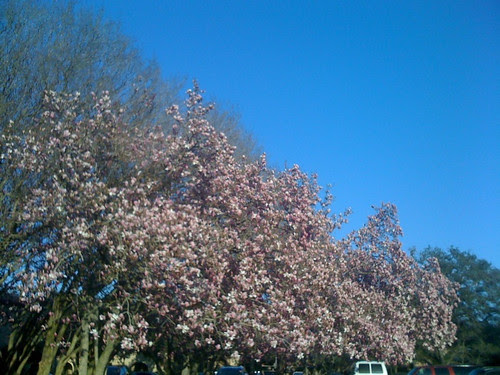 I'm going to go out on a limb and say Pretty Goes With Pretty's favorite record is Dillard & Clark's The Fantastic Expedition of Dillard & Clark. Every time he posts it I want to listen to it but I don't have it, so this lysergic hayride involving the Dillard half will have to do for now.

Living with a couple hours of the spiritual and social tectonics of Weird Christianity on Big Love every night has made me feel a little sweet about religion as a concept lately, which is I guess how one should feel about it if one is not going to participate in it. I grew up near Nauvoo, Mormon Ground Zero, and use to play Frisbee in the yard of the Carthage Jail where Joseph and Byram Smith were lynched by angry Midwesterners dressed as Red Injuns. When the Hendrickson clan made their pilgrimage in the show, I knew it was the actual Carthage Jail not from the exterior shot, but because the guide didn't point out the blood! There is a blood spot on the floor near the window that is whispered to be that shed by the Prophet.It looked like a blob of varnish to me as a kid, but still! Actual Blood of the Prophet, y'all! If you are going to complicate your life with polygamy over the hocus pocus of religion, then you should be able to groove on Actual Blood of the Prophet.

I love, love Harry Dean Stanton in the role of Roman Grant, the wretched/holy compound leader. It such an obvious bad guy role for this show, but ol' Wiseblood totally ratchets it up. When he's bellowing "Battle Hymn of the Republic" against the howling of the other inmates in prison, when he kisses Bill Paxton full on the mouth, you feel like HDS is probably really crazy like that, and the directors are charged with keeping him from actually crucifying someone.

It made me want to revisit the old weird gospel on the Harry Smith Anthology of American Folk Music. Particularly these three songs:


Memphis Sanctified Singers - "He Got Better Things for You"

I appreciate jwbos1388 posting these songs from the Anthology, but why the Grand Canyon?

Rev. Moses goes right off the rails with his mumbly testimony; one can almost picture the recording engineer looking up in bewilderment. If I had a blues band, we would do a classic soul version of "Judgment" so maybe its a good thing I don't have a blues band. And even if I don;t believe, I love the sentiment of the Memphis Sanctified Singers. It's all the Hendrickson's want, all Roman Grant wants, all anybody wants is for there to be better things for us.

The above pic of the Japanese magnolias look like the pink hand of an angry God, the One True Biggest Whatever, fixin' to snatch that little white van up and dangle it over the flames. Or the Grand Canyon.
Posted by Alex V Cook at 2/24/2010 03:34:00 PM