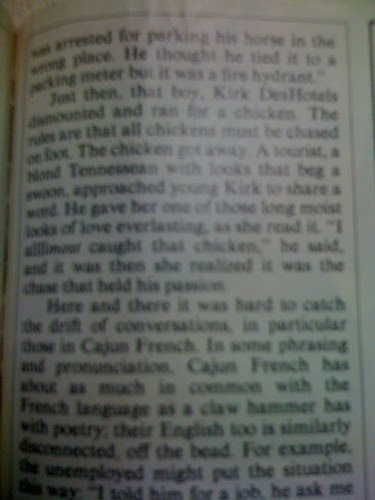 I went to the campus library to photocopy an article from a 1985 Time magazine. I wonder if one of the shiny students sitting at the endless rows of computers didn't frown what is that creepy old man doing with those books? as I lumbered by with the outsize library bindings cradled in my hands. I inquired where the copy services room was now (It is not where it was 20 years ago) and had to be led like a child to a little machine in the lobby to put money on my ID card, because none of the photocopiers take cash. Then it told me I didn't have an account linked to my card but I could put my remaining $2 in cash on a temporary card, only to discover it charged me $1 for the privilege and that put me exactly $.05 short of copying everything I needed, so I took to photographing the pages with my phone.

The whole ordeal felt Sisyphean as I chucked the temporary card in the trash. We still photocopy things? The only good thing that happened was when I loaded up the images from my phone wirelessly, without a card or any demoralizing Xerox bullshit, and saw this line: He gave her one of those long moist looks of love everlasting. It kinda made the whole exercise worthwhile.
Posted by Alex V Cook at 2/18/2010 01:59:00 PM