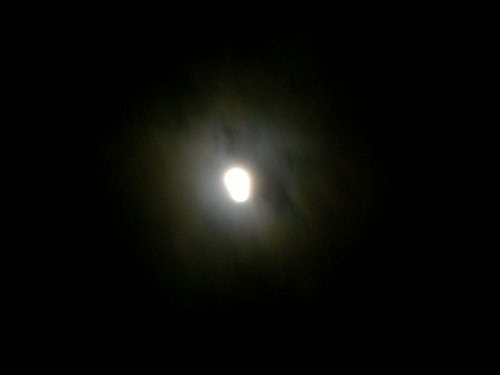 Madeline Ava recorded her own solo ukulele (and occasionally kazoo) version of the Neutral Milk Hotel album and offers it here. She kinda lost me by the title track where she eschews the soar on "soft and sweeeeeeeeeeetttt" and subsequent similar moments, clipping them like coupons. C'mon girl, each ukulele string is a highwire that can support your derring-do. Leap and catch yourself! Jeff Mangum pranced harder on a thinner thread than that. He couldn't hit those notes either, and that only adds to their punch. Quibble over Ms. Ada's artistic decisions aside, I applaud this kind of thing with a loud approving hand. Do Slayer next.

The Red Krayola record, though musically quite expansive, has an equally restrictive paradigm it is dealing with - the lyrics consist solely of details of portraits of Jimmy Carter, Wiley E. Coyote, George W. Bush and others, "small crease over the left eye, the eyelid of the right eye, the iris of the right eye... " details. I'm working on this one; I think something important might be at play.

Rick Moody's conversations about the Zeitkratzer remake of Lou Reed's Metal Machine Music at the Rumpus reminded me I need to listen to it. I agree with a sentiment I read somewhere else that the new version was extreme and difficult but human in spirit. The original (destroy your brain with it here) is more in tune with the insect mind, the diamond-perfect defiance at the core of rock 'n' roll that Lester Bangs saw in Lou Reed but could never really get at in all those interviews because, again, MMM is not a work of the human mind. Reed's original is caustic and unyielding; the Zeitkratzer is more akin to a concerto for bagpipes and belt sanders - difficult and abrasive, erosive even, but not corrosive. Zeitkratzer chews you to bits with titanium razor teeth; the original coughs up acid on you and waits until you can be slurped up like cold soup.

In related concept music news, Matthew Herbert was unable to record the squeals of a dying pig for his forthcoming album The Pig, even though the pig did indeed die.

I have no image handy that could illustrate this post, so I offer up the moon looking lonely back at me on cold night over Alligator Bayou.
Posted by Alex V Cook at 2/11/2010 02:02:00 PM