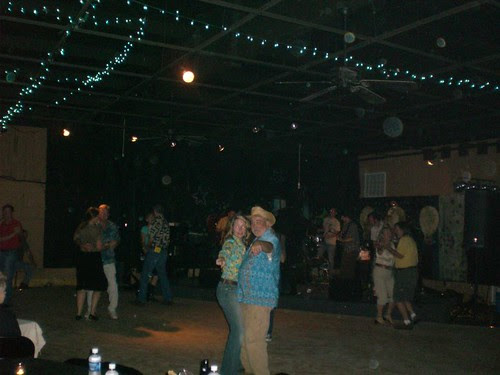 The scene at Nunu's in Arnaudville, 2007

I'm more than a little heartbroken over news about the fire that destroyed Nunu's/Town Market Centre in Arnaudville, LA over the weekend. Loved that place. Town Market Centre was (and I guess still is) a key place in my book in how it balanced maintaining tradition with revitalization. My thoughts go out to George and his crew in hopes that they find a way to rebuild, and understanding if they don't. I did a story on it for Country Roads back in 2007 that I couldn't find it online so here is the unedited copy. Here's the pics from that trip as well.

Making a New Tradition at Nunu’s
George Marks and the experiment in Arnaudville.

When we talk of attractions, we like to think that they are naturally occurring phenomena waiting there for us to discover them. That’s the perverse, egotistic joy of exploration: think some roadside restaurant or perfect riverbank or stretch of scenic highway has been just sitting there, muddling along waiting for us to happen along and complete the circuit. It’s a fallacy, of course, but one that works in everyone’s favor.

The truth is, most destinations come about as a mix of happenstance and determination. Someone has a place, an idea and then the river flow of the Universe turns it into what it will eventually become or washes it away. We, the travelers, are part of that river, with each paddle stroke, each time we pull over to shore, we help direct that river.

There is something to find at every destination for good and bad. On my way to Arnaudville to check out the scene artist George Marks has set up, I stopped at the Tiger Truck Stop in Gross Tete to witness the “live tiger exhibit” I’ve seen advertised from the highway for years but have always been too afraid to stop at. The truck stop is just that, a fuel-up station with a staggering assortment of beef jerky available at the counter, which would make it a favorite in my book were it not for the tiger pacing in the cage exposed to the elements, out between the trailer of trucker showers and the frontage road. It’s a painful tableau to witness, and while I have no doubt that the tiger is adequately tended to and cared for, this is the kind of attraction I can do without.

George Marks’ complex in Arnaudville is more what I was after. It started when the artist moved back to his hometown as a pit stop on his way to New York, and never left. He opened his gallery/studio in a building right on Highway 31, just before the bridge across Bayou Fuselier, titling it Town Market Centre. They opened a kitchen in the back (serving beer, wine and delicious pressed sandwiches. I got the grilled pork and despite the order from my taste buds, I couldn’t finish it) and started booking Cajun and roots bands in the cavernous main room, and Nunu’s was born.

The place has a smart, theatric yet homespun design that sets it apart from any Cajun dance club I’ve been to. Artwork from Marks and some of the other artists adorns the walls, and the dance floor, with its track light perimeter and black background is weirdly glamorous. “Preserve, promote and perpetuate, without becoming a theme park” Marks says of his club. “We want to be true to the area without being contrived.”

The locals seem to buy in. Nunu’s holds a table de Français on the last Saturday of every month for French speakers of all ages to meet, and gossip. “We had 73 people signed in.” says Mavis Frugé. “L.J. Melancon brought in his accordion and Louie Michot brought his fiddle and we had an impromptu performance.” This kind of spirit permeates the way Marks runs the business. “We had one group come in that asked if they could have a mandolin player join in on their Cajun group. I said, ‘Sure, why not?” and it was a hit with the audience.”

The truest test of community acceptance was passed that evening when the Lost Bayou Ramblers kicked in with their first waltz, the dance floor immediately filled up. I saw a number of familiar faces from other Cajun dance clubs in the area, mixed with a lot of younger people, some barefoot some in cowboy boots but all moving in that beautiful way the accordion commands of its listeners. The Lost Bayou Ramblers mirror Nunu’s in a lot of ways, they are definitely steeped in the traditions of where they are from, but they have a more playful, relaxed approach to it. Cajun bands often seem like they are trying to out-tradition each other, catering to the hotshots on the dance floor, but the Ramblers’ rhythms hover more toward mid-tempo, and was frankly more inviting than I’m used to. At one point, a line dance broke out with some joining in while others orbiting in two-step formation. It was a beautiful sight.

Marks says that Nunu’s and Town Market Centre is set up for possibilities. “We are talking about building a big screened in porch out back, and possibly having some floating kitchens out on the bayou,” he says. “One of our regular performers has mentioned wanting to barbeque out back, and I can picture him entering the dance floor discarding his apron and chef’s hat and taking his place on the stage. We are always trying to encourage people to do something they wouldn’t normally do.” 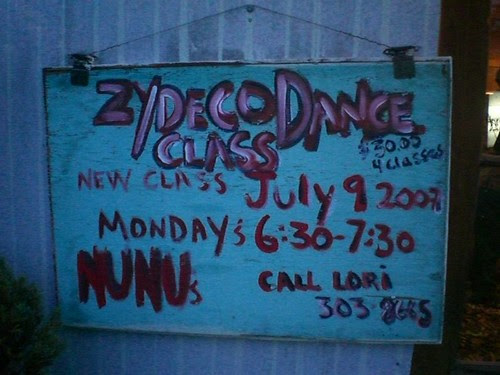