There are a bunch of good fireworks pics from the weekend in St. Louis, but this is my favorite. The instant of glare from a roman candle; it looks the moment where she was exposed to radiation and gained her superpowers. I like this one too. 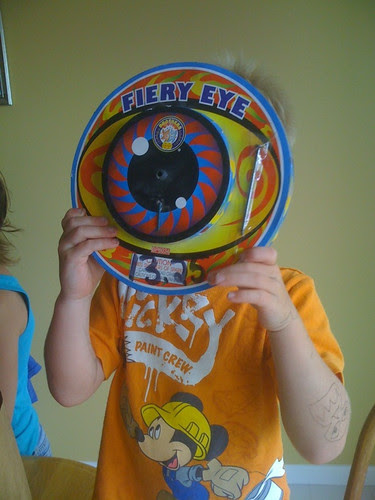 My nephew Connor getting all Residential with the Fiery Eye. Note that this one comes with a large gauge nail so you can tack it to a tree or fence, but we let it spin out in the middle of Tony's cul-de-sac, nail and all. 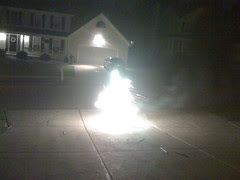 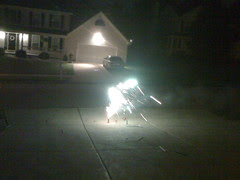 also I would be remiss if I didn't post the pre-fireworks buffet Tony laid out for us. 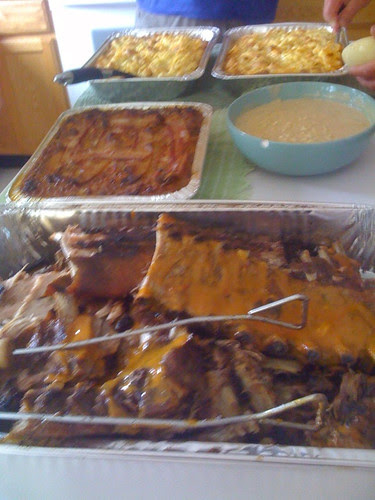 From the mustard sauce ribs to his wife Peg's mindbending homemade mac 'n' chesse, from match to firecracker, from sea to shining sea, America was celebrated in all its glory. 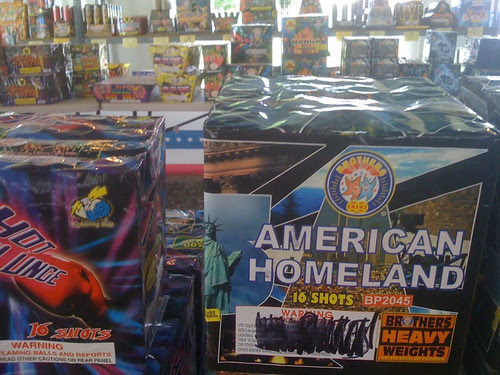