You should do the work 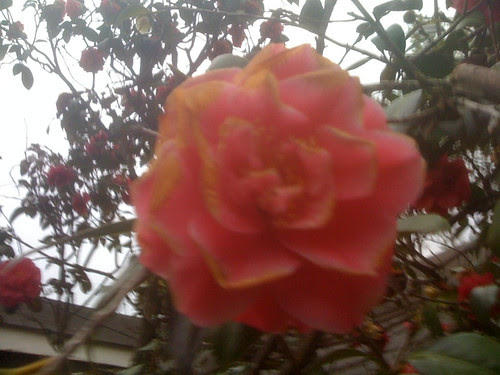 Coming Together - Eighth Black...
There is something about declarative, dramatic text repeated over undulating chamber music that turns on the warm light in the back of my head. I've never heard this piece before but am quite familiar with the other two of aworks Robert's repeated text trinity. Come Out might just make you sprout tentacles if listened to in the right circumstances.

One day I hope to unearth the cassette containing the version of Lucier's I Am Sitting In a Room that I did with a couple of those old portable tape recorders in an apartment bedroom so long ago. My version did no go as smoothly as Lucier's, whose scientific acoustic poetry is as even and perfect as the sine waves off his oscillators. Mine stayed a mush of slightly muddier re-recordings through about 10 iterations until either my frustration took physical form or the feedback of the room finally took hold. The noise came in a sudden rush, overtaking my variation on his words and my shoddy interpretation of his methods to become the cosmos' hum. It was a beautiful thing.

I had an idea about writing a small book partially about Alvin Lucier, still have the idea actually. I wrote the composer to inquire about his interest in participating and he responded with one of the best suggestions I've ever gotten:

Dear Alex, I have lost interest in being interviewed for books and articles. It seems to me that you could study my work and write something more interesting that I could relay to you. You should do the work. I never say anything that seems complete and true.
Cordially, Alvin Lucier

Speaking of iterations and diminishing returns, my first day is Infinite Jest resulted in my reading 107 pages, which is a lot for my slow ass. Last night I only got through 30 more and felt confused and a little Sisyphean considering there are 900 more to go. The bell curve on that small sample of data points requires a near-infinite scope for Infinite Jest. But I do want to read it, partially because I want to read David Lipsky's Although Of Course You End Up Becoming Yourself: A Road Trip with David Foster Wallace (Amazon) after, about traveling with DFW on the last leg of the Infinite Jest promotional tour, as detailed by The Awl. It sounds like a hoot, or what I might think of as a hoot.

Keep an Eye on the Sky is continually revelatory, like their live version of the Flying Burrito Brother's "Hot Burrito #2" which manages to slightly unravel what two different mythologized legends are all about a little.