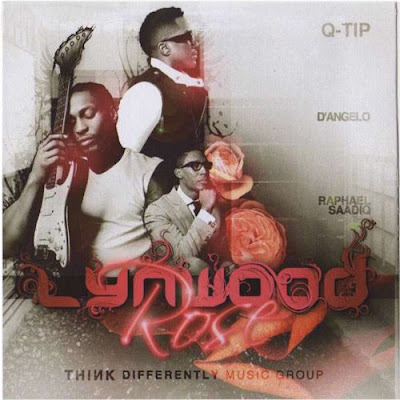 The extra sparse opening track on the first Chic record (listen) is hitting me on exactly the right spot.

Chic Cheer - Chic
It kinda blows it after that, having heard "Le Freak" at least once a day since forever, but man, disco has some shared woodpile with Minimalism, they both work best when there is one idea seen through to completion.

I dig Raphael Saddiq's post-jack-soul on Instant Vintage (listen) more than I do his Motown xerox album from last year. I am more stoked at the prospects of him consorting with D'Angelo on whatever Lynwood Rose is (ganked from PUT ME ON IT).

From the jump, it is vocal soul-gymnastics, doo-hop perhaps, gospel titration squeezed to increase pressure. These tracks are available elsewhere, like on Q-Tip's latest underwhelming album The Renaissance and D'Angelo's 2000 album Voodoo but in the loose mixtape atmosphere, even the near-decade old songs sound fresh in juxtaposition.
Posted by Alex V Cook at 5/12/2009 09:40:00 AM