5 things about the Calvin Johnson/Chain and the Gang show in Scott, LA this past weekend

Perhaps above and beyond the actual content of the show was Bourque's Social Club itself, an exploded infrequent house show situation in a century-old concert hall next to the train tracks in the tiny town of Scott, 10 miles west of Lafayette. It is officially my new favorite place to see a show. 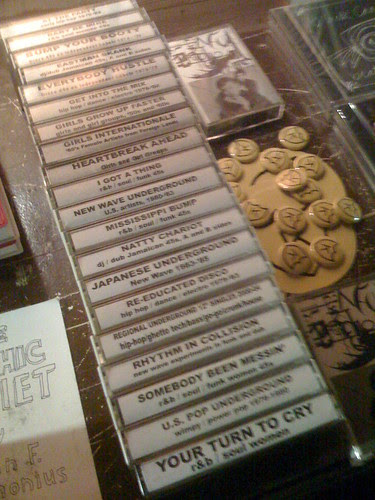 1. Compilation tapes Calvin Johnson makes and sells at his shows. My boy Kevin bought "Japanese Underground New Wave 1983-85." Mix tapes on actual tapes. He knows how to hit a music nerd where he truly lives. 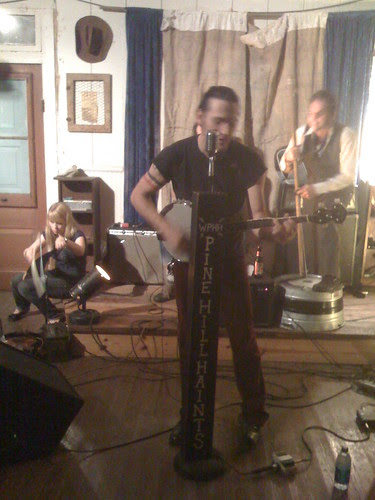 2. The Pine Hill Haints (myspace) upped the ante on Backwoods4life retro shtick by at one point employing banjo, singing saw, washtub bass and snare - and made it completely work. Most of the crowd was actually there for them 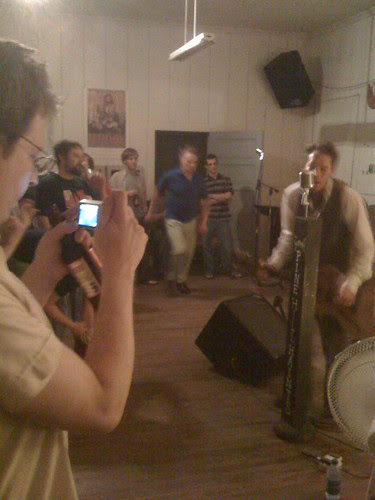 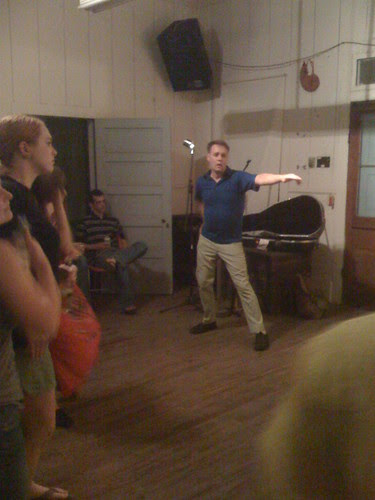 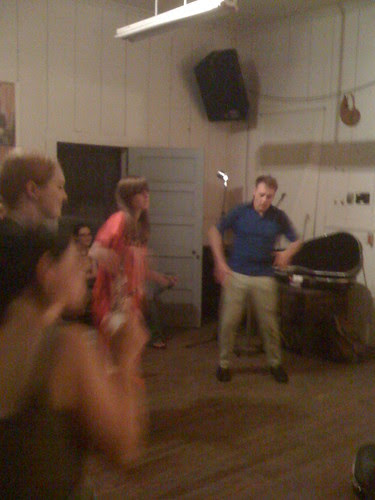 3. Calvin Johnson (Beat Happening, K Records) danced the whole night between bouts of setting merchandise out. He has the unabashed, peculiar grace of an Andy Kaufman skit, or an Asperger's Pee Wee Herman, or a deer nervous about tripwires. He should dance at every show by everybody. 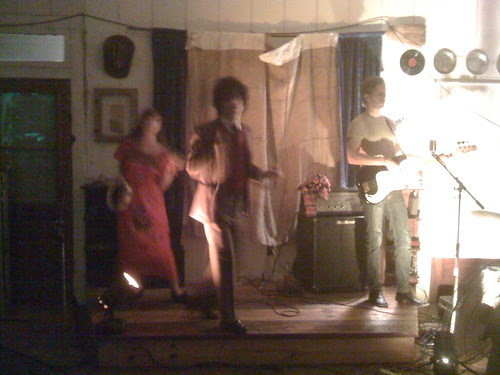 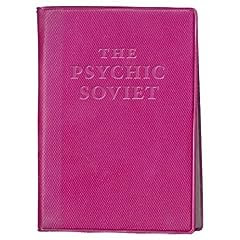 4. Ian Svenonius' new thing Chain and the Gang (myspace), channeling his manifestos through spot-on lounge-punk if such a thing exists. His suit, brown professor cut with a maroon sweater vest and black tie made him appear as the James Brown Chair of Sociology at some lost liberal arts college of the contemporary soul. At the beginning he polled the crowd about what they wanted to talk about, and a guy familiar with Ian Svenonius' work offered up "socialism," to which he replied, "Well, this is a social club...." I got to talk to him a little after the show and I think his deal is completely genuine, or is an act thoroughly lived to the point of transparency. I picked up a copy of his book The Psychic Soviet whose pink Gideon Bible plastic cover is item 4b on this list. 5. Calvin Johnson's set with his new band the Hive Dwellers (last.fm). My friend and I were talking about how Johnson is one of those revered singers whose albums kind of made us cringe when they copiously appeared: another deadpan sub-bubblegum exploration after another. Live, however, he is full beatnik juggernaut, as much interpretive dancer as he is roof shattering crooner. He sang without a mic in the tiny hall, playing a guitar inscribed "you're kind of amazing" in careful cursive against the top, and I tend to agree. As much as the Pine Hill Haints were consummate shack-shaking fun, and Chain and the Gang a brilliantly wrought spectacle that turned parody inside out, the Hive Dwellers were riveting and weird, hilarious and a little unnerving; a singular sonic experience.
Posted by Alex V Cook at 5/18/2009 01:44:00 PM

Email ThisBlogThis!Share to TwitterShare to FacebookShare to Pinterest
Labels: 5 things