5 pranks to pull on the garbage truck 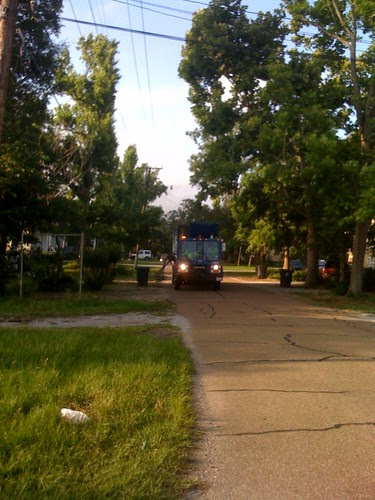 The garbage truck that handles our neighborhood is one of those with a giant robot arm that lifts the garbage can high up into the air and dumps the trash into the open top. It is, to me and my daughter, riveting to watch when we encounter it on our walks to school. We thought up these five pranks to play on the garbage truck robot arm.

Email ThisBlogThis!Share to TwitterShare to FacebookShare to Pinterest
Labels: 5 things