my kind of people 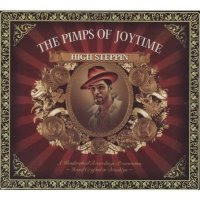 Woke up with the opening of "Gimme Shelter" in my head. I doubt there is anything new that can be said about Let it Bleed (listen) but every time I hear someone go on about Pet Sounds or their particular favorite Beatles record or whatever I still think, sure, it's a better record, maybe a perfect record even, but if you are going to walk with the dinosaurs, wouldn't you rather hear Let it Bleed? I feel the same way Beggars Banquet, and Houses of the Holy for that matter. In the division of the world into Beatles people and Elvis people, a contentious border as any, I am in that disputed autonomous region of Rolling Stones people.

I like the idea of saying I am a Mitch Ryder and the Detroit Wheels person (listen), but that would be putting on airs.

Whenever I hear the word "pimp" used in a celebratory context or see people in pimp costumes, I always think "Pimps are great! I love how they make vulnerable women suck dicks for money, and then beat them!" but I suppose I am being unnecessarily semantic. I do, however, love the percolating infinite funk of The Pimps of Joytime (MySpace) Sly Stone meets Prince meets Fela meets Dr. Dre meets etc. in a street velocity pileup. All with a Daptone sheen. This is what Black-Eyed Peas would sound like if they didn't sound so stupid.
Posted by Alex V Cook at 4/16/2009 09:48:00 AM