I program my own computer 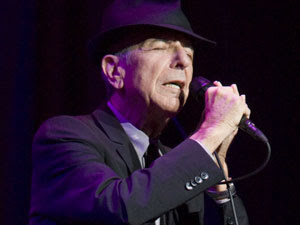 Kraftwerk - Computer World (lala) This is precisely where I am right now. Figuratively and literally. The alternate version of "Computer World" could just keep pulsing away an hour if it wanted to and it would be fine by me, but unfortunately, machines only do whatever the talking mo 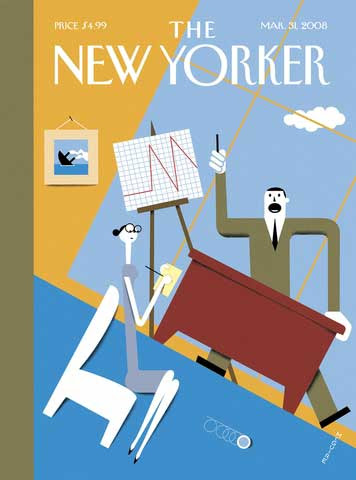 nkeys tell them to do. I am tempted to plug in my own face for the guy on the right next time I need an avatar.
Liquid Liquid - Liquid Liquid (lala) The campfire-in-the-cave before electro, or if techno was invented by the marching band drum corps, which in the case of Liquid Liquid, is pretty much what happened. Fun fact - bassist Richard McGuire whose liquid line sampled as the spine of Grandmaster Flash's "White Lines" helped it become one of the foundation documents of hip-hop, is a frequent cover designer for The New Yorker.
Leonard Cohen - Live from the Beacon Theatre on NPR (NPR) Just the thing to drag me back to sweaty, fleshy humanity. I'm just glad we have at least one celebrated master of song left as dirty as Leonard Cohen, even if he does swap give me crack and anal sex to give me crack and careless sex in this version of "The Future." And if that doesn't do it, then I will hold out for the duet of Tom Jones and Antony Hagerty crowded around Bob Boilen's desk promised in the introduction. The shear proximity of those two should sprout some whole new strain of weird sexuality. What kind of panties is appropriate for one to throw in a situation like that?
Napalm Death - Scum (lala) and just as I started feeling human again, this feature about extreme metal on the WFMU blog drags me back to the bubbling sulfurous pit. All I can really offer in the defense of this is: at least they know when to end a song (sometimes after only a few seconds) and they probably wouldn't change their lyrics for NPR. I jest, demon spirits, I like a good thrashing now and then as do all the damned.
Low - Long Division (lala) The shift in tempo alone is enough to cause cognitive whiplash. It is clear to me now that this afternoon I am grasping at straws. Like one time, I tore through the apartment first eating a hot dog with sauerkraut, then some cheese, followed by a fist of Altoids. My roommate stopped me before I drank the creamer left out by the coffee pot. You are in a sensation frenzy! he yelled, shaking me out of my panic. Maybe that's what I need now.