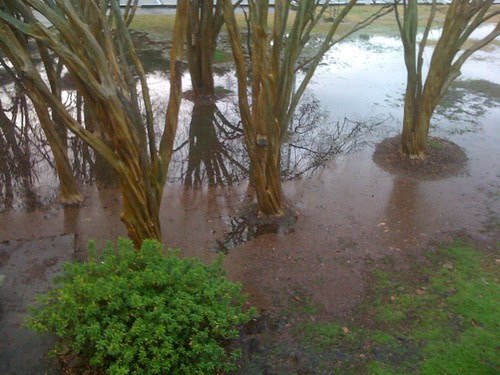 RIP Mick Karn, 52, from cancer, of distilled new wavers Japan and more important to me, Dali's Car, the one-off contentious Arabesque collaboration he had with Bauhaus' Peter Murphy. My friend Scott picked up the one Dali's Car album on a family trip to DC the week before I picked up Bauhaus' Burning From the Inside on a similar DC family trip and when we got home, we immediately made tapes of the other. I can distinctly remember careening around the parking lots of the doctor's offices in our neighborhood on my 3-speeder bike in time with Mick Karn's fretless bass going burrrrrippp BUH buh, ba dip dip burrrrrrrah on "His Box" in my little red Walkman, like I just did it on the way to work. It felt like what I imagine ballet feels like. It's track 2.

There's a Patton Oswalt essay goin' 'round about the death of geek culture, that the immediacy and hyper-availablity of information deflates the blimps by which the music/comic book/movie nerds we all once were, it runs a samurai sword through the otaku of geekery. I feel what he's saying; Scott and I had to make seperate cross country trips and then another to Radio Shack for blank C-90's to exchange data about Peter Murphy side-projects. Information was precious to us not unlike the ring was to Gollum.

But, he loses me. The Internet has not bred a mass species of lazy book-and-music-worms and frankly, I'd have killed for the Internet in 1986, to find out somebody else knew what I was not talking about because no one would listen. Someone here in town. The Internet is just a more vast and crappier-laid-out library/used record store - one you don't have to flip through every title to experience, equally filled with the same stockpiles of neglected info waiting for someone to discover it.

So yeah, maybe because I'm more into the content than the artifact, the continuum means more to me than the milestone, it only warms my heart that the me's of now can jump onto YouTube to hear more they ever wanted to from Dali's Car or watch Repo Man right now, seconds after hearing about it.  My daughter is just discovering the whole of the Beatles and it is not a molecule less wondrous and consumptive to her than when I bought all the used Beatles LPs at that one place in New Orleans. You don't need the hunt to truly love something, all you need is love.
Posted by Alex V Cook at 1/05/2011 08:52:00 AM