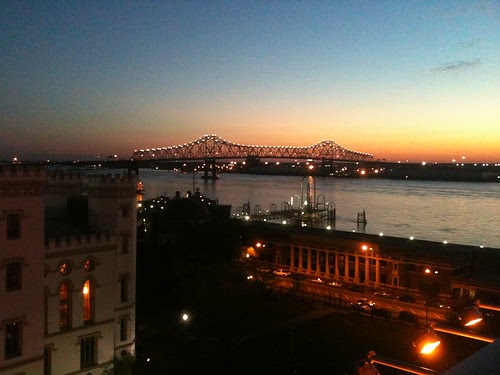 Hey Baton Rouge sunset, you were the hotness last night!

Media: Laptop Orchestra of Louisiana, Jason Isbell, R.E.M., and Mike Watt all in this week's Record Crate blog for 225.  Actually the MikeWatt part of the blog got trimmed off so here is it and the remaining portion:

What’s happening this week: SXSW is drawing the indie rock world to Austin and many of them back
through Baton Rouge.

Punk rock-of-Gibraltar, veteran of Minutemen, fIREHOSE, the reunited version of the Stooges, and as
one fellow music nerd noted, member of Dos, Mike Watt is playing the Spanish Moon with locals the
Widowers in support on Saturday, Starf*ckers and Casiokids play Monday evening and Kevin Devine on
Tuesday.

At Chelsea’s, Grant Terry & Adam Dale play on Thursday, Sequoyah Prep school with He Bleeds
Fireman on Friday, The Supervillains on Saturday.

Phil Brady’s has Ole Sole on Friday and Slightly Off and John Lisi after the St. Patrick’s Day Parade


I went to see Jason Isbell last night with a roomful of other people but really, as this poor-sound-quality video attests, this woman was the only person in the room. He is solid as hell. People are wont to declare him their favorite Trucker but well, he's not one and onto other things now and it doesn't always have to be about who you were defining who you are. That said, he should do a live record and call it "Play 'Outfit!'", quotes and all. 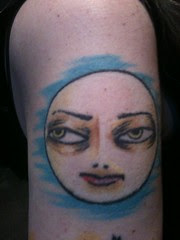 So much a Drive-By Truckerite, she had a Wes Freed-designed wall-eyed moon tattoo on her arm that she was kind enough to let me get a photograph without it getting too bar-creepy. The Hartley Vey Studio is a shiny new space in the Manship Theatre and a little sterile. I suggest a nice swamp mural across the back on it's grey walls and a vinyl Bud Light banner to bar it up a little. 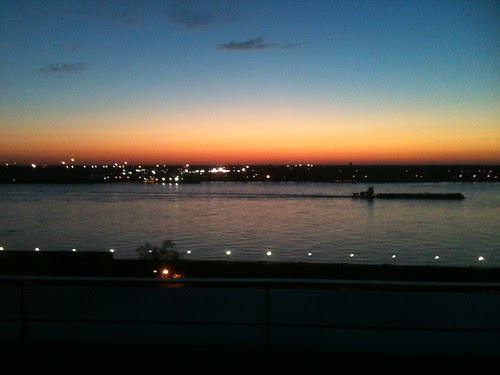