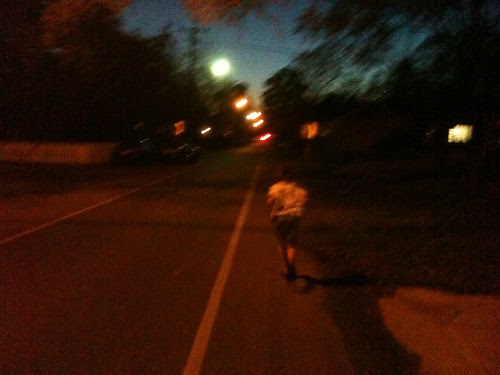 Last night Maya wrote a really good story about World of Warcraft: lots of details, jumped right into the action, led you into the heart of it, balanced the lingo with just the right amount of contextual explanation and even had a cliffhanger transition at the end. She told Jerri, "I like to put in as many details as I can and pack them down like brown sugar." I will be selling registrations for her writing workshop as soon as I can get it set up.

Kmag Yoyo is an acronym for "kinda makes a good yokel-oriented yellin' option." Also it might stand for "Hey, you like the old Steve Earle records? Me too!" if you look at it right.


Earle is making a two-track digital download of "Harlan Man" and "The Mountain" from his 1999 album The Mountain recorded with the Del McCoury Band. All profits will benefit The America Votes Labor Unity Fund via SaveWorkers.org.

Speaking of ND, former editor-of Grant Alden did a notably lovely review of Malcolm Holcolmbe's new record for Blurt. I caught him at a show at the Red Dragon back in 2006 and though I didn't mention it in the review, the thing I really took away from that performance was how he kept referncing sitting on the couch in the power spot, remote in hand and I get a shimmer of that every time I pick up the remote.

Speaking of the Red Dragon, I'm writing up a thing about Chuck Brodsky who is playing there in May and a song of his, or maybe just the power spot of one, made me think of this long forgotten album by Owl & the Pussycat, a side project of the generally unthought-of and wondrous Moore Brothers and how hearing this song on the radio made me turn around and go to the nearest place where I could buy the album and I'll probably listen to it 5 or 6 times when it comes up on the queue and I'm going to have to mope my way down via Elliott Smith just to get to Malcolm Holcolmbe's record.


Speaking of power spots, I suspect the true eschatologists (not just the ones that put that as their religion on Facebook) are having a field day all these floods and earthquakes and harbors choked with dead fish and Maybe come 2013 when aliens find this post poking out of the post-(Mayan Ragnarok) rubble will tsk-tsk and mutter, "So cynical... and all the signs were right there" but dude, Supermoon is about to f our s up next weekend and I got a lot to do before then, so I'll just go get to it.
Posted by Alex V Cook at 3/11/2011 10:15:00 AM