Any dumbass could die 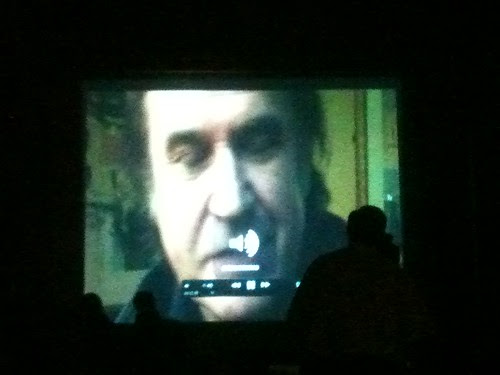 "Pretty in Pink" is a much deeper song than the 80's retro patina it carries will allow. It has more than a bit of Reed/Springsteen look-through-this-person's-eyes-through-my-eyes narrative depth, and bit of those two artists' hokey populist anthemics happening, genuine clasic hooks sitting like a juicy hamburger in the middle of Talk Talk Talk's banquet of comparatively more difficult cuisine. I loved the first two P-Furs albums back then, but I loved a lot of other things best left to the past.

"No Tears" followed by "Mr. Jones", though, that's the stuff. I can still picture the little pink bootleg tape I bought from that dude with the stand in the French Quarter and the crunch of the gravel in the school parking lot and my friends and

in our worst snotty fake British accents and so what if the real lyric was "i don't wanna dance". We did actually want to dance - it's what new wave boys did - it's dying that we didn't want to do. Any dumbass could die.

I have things to say about the Slim Harpo awards - the Baton Rouge blues awards ceremony I attended last night, but I will let that set until the 225 blog next week. What I will say it was a lot of fun as was a surprise show by Will Kimbrough at Chelsea's to accompany Cyril E. Vetter
signing for Dirtdobber Blues and that someone from the press said they saw my book on the Spring 2012 list and said "So it's really real!" and, hey, stuff is! I'm into it like a train!

Ed. to add: Maya did this drawing of John Lennon with a spent incense stick, and I know I'm being one of those parents, but, c'mon! Conceptually sound! 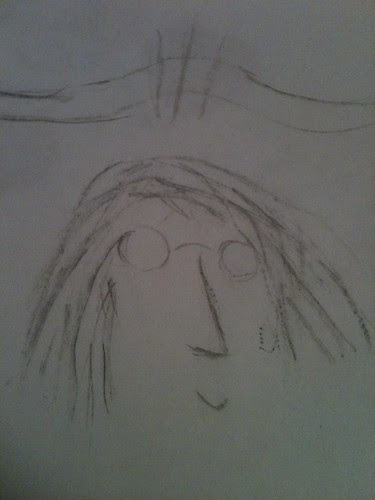