Hold my beer while I jump this gator pond!

Undertsatement, like the alligator, runs free at Avery Island

John Szwed, Alan Lomax: the Man Who Recorded the World
Badfinger, Wish You Were Here
The Posies, Frosting on the Beater
Matthew Sweet, 100% Fun
The New Pornographers, Together

They started in new Iberia, and stayed overnight at Avery Island, home of McIlhenny's Tobasco sauce, as guests of E.A. McIlhenny, the owner, and something of of a folksong collector himself, as he gathered Negro spirituals and claimed to know the songs of the Eskimos. Over the next few weeks they would wander through Delcambre, Erath, Kaplan, Indian Bayou, Morse, Crowley, Jennings, and White Oak recording track-lining songs, string bands, accordion-driven waltzes, and songs of failed courtships and lovers who ran away.

The they being Alan Lomax and his dad John Lomax in the mid 1930's, on page 56 of the Lomax biography. They are just about to meet Leadbelly at Angola and all find their future audiences. It is humbling to see that one of my heroes almost eighty years earlier went to some of the same places for his book that I've gone for mine. Young Alan Lomax, swaeating through the malaria and gonherria, laments that, even as far back as the 30's, Cajun culture was on the wane, being usurped by the rise of western swing's dancehall dominance, something that is still in the fragile process of being rectified.

Anyway, I read the illuminating Leadbelly chapter last night and was all set to get my scratchy field recording on this morning, but the press of spring instead proclaimed in stars writ out in pollen that it is Power Pop Friday, where we don't care where or when anything came from and we just wanna JetSki down the lazy Party Cove of the day! Hold my beer while I jump this gator pond!


The Posies, "Dream All Day". I too wanna throw my porkpie hat at the camera of those that prevent me from always dreaming! 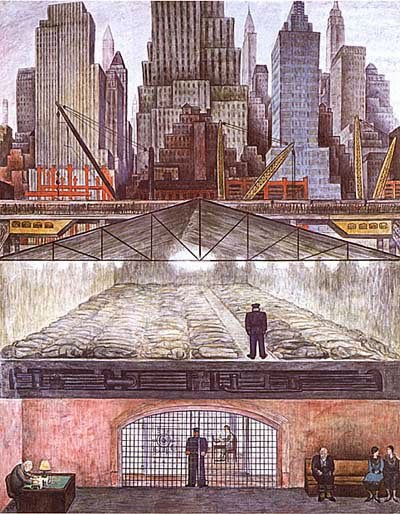 This post about NYC on Weimar is stunning. It's why we Internet.