[outsideleft] Black is the Darkest Shade of Pink: Nachtmystium and Psychic TV

Everyone should probably go through a Pink Floyd phase at some point, emphasis on the through. One of this esteemed websites founders is likely to disagree, but there is rich territory in Pink Floyd that can prove useful to the inquisitive young mind later in life on trails of their own carving. It can be argued that Pink Floyd made the psychedelic grand, and in doing that ruined it; akin to removing the drugs from little baggies and setting them out in silver platters – it’s just not right. I will leave the Floyd’s verdict in your hands, and offer in their tangential defense these two inflated pigs hanging on my wings. 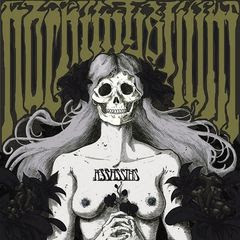 Chicago’s Nachtmytium was the very model of modern minor metal, growling and howling with basement din over that of the lesser US Black metal bands, but somewhere, flinty demon squelches and dual kick drums were not enough for this band, and they took some lessons from the Floyd. The most obvious allusion is “Meddle” in the name, but it is in “Assassins” that they real tribute lies. The track hums out in thick phaser tones as a pulse resembling the phone off the hook from The Wall beeps, pleads for connection. The album has not forgotten the corpse-painted zombies that brought them to the dance – you still get trashed around by scraped vocals and rage in “Ghosts of Grace” and “Your True Enemy” but even these storms are tempered with a daring addition to the underground metal script – scruatbility. Unlike every other metal album in recent memory, I can actually make out some of the words and discern the melodies, and those, particularly the repeated I never sleep and the guitar solo in “Your True Enemy” are the stuff of giant rock classics.

The heaviest moments on Assassins are not the brutal workouts but the smoldering ones, like the air-guitar ready riff of “Code Negative” and the three-part “Seasick.” These songs are melodramatic and moody like the great brood music of the late Eighties, and while no one would confuse these with tracks off, say First, last and Always or Pornography, or with Dark Side of the Moon for that matter, it would not be out of the question to put Nachtmystium in the same playlist on your iPod. And that is about as genre-expanding as it gets nowadays. 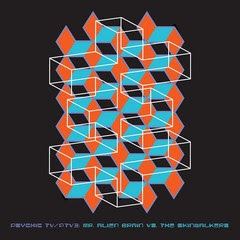 Psychic TV/PTV3
Mr. Alien Brain Vs. the Skinwalkers
(Sweet Nothing)

Psychic TV were always at their musical best not while tearing at their flesh with sheets of noise or titrating their consciousness through the faux-Leary drug evangelism of acid house(even if the band coined the term) but when they do quiet, simple, sinister things. And that is what comprises most of this album. The Pink Floyd connection here is blatant with the spectacular cover of “No Good Trying” off Syd Barrett’s solo masterpiece The Madcap Laughs. They cheekily play on the studio gaff that opens the original, playfully repeating it a couple times at the beginning before kicking into the jam, howling like Jim Morrison and riding the poisoned wave of the song as it crashes to the shore.

The real endgame is played out in “Trussed” with Genesis playing on words do you trust me over a dirge that has as much to do with a Geiger counter or submarine radar beep as it does a rock song. It sounds impossibly alive and dead at the same time. Psychic TV can plod with the best of them. VU’s “Foggy Notion” is garage-tastic in its reverent joy while “I am Making a Mirror”, penned by the late Lady Jaye Breyer P-Orridge is a devastating. Lady Jaye and Genesis were undergoing project of pandrogeny, slowly becoming each other through plastic surgeries and mutating of gender identities (pointed at the ragged rocker “Boys are Girls and Girls are Boys”) when Jaye passed away from heart failure last October, leaving Genesis in a singular state of mourning, half-himself, half-her with the other halves of halves in the hereafter. “I am Making a Mirror” (no pun intended) reflects that loss with chilling efficacy. Not every song is a winner here, but overall it is one of the more enjoyable and open Psychic TV efforts in years, and like the cracked Pink Floyd genius aped and lauded with “No Good Trying” it maps out a way to reach to the outer limits and drag something back worth looking at.

Email ThisBlogThis!Share to TwitterShare to FacebookShare to Pinterest
Labels: outsideleft