The End of Best-Of Lists

Derek Walmsley of the The Wire posted his Office Dissonance 2008 list - music that was so out there that someone was compelled to yank it off the stereo in the magazine's offices. THIS is my kind of list. I feel I push the envelope of good employee relations playing what I play at moderate volume in my own office with the door mostly closed, but I don't work at a magazine that specializes in difficult-to-listen-to music. The magazine even offers a monthly-updated stream of of their band of delicious racket.

These three are the only ones on Derek's list available on lala. 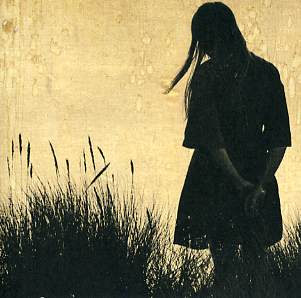 Viking Moses - The Parts that Showed
I am reticent to post this because I prefer to let sleeping dogs lie when it comes to music I don't like, but the singer's choked vocal style on this record killed me (listen to "Jones Boys"). The music comes off as pleasantly unformed hippie-folky-bumout-sunshine, crisp on the edges, still mushy in the middle, but I couldn't get past that clipped singing. I rather like the vocals on the guy's myspace page...why he chose to dock his shaggy dog lope like a Doberman's tail on The Parts That Showed is beyond me.
Posted by Alex V Cook at 12/09/2008 09:32:00 PM