the stink eye from a mama dove 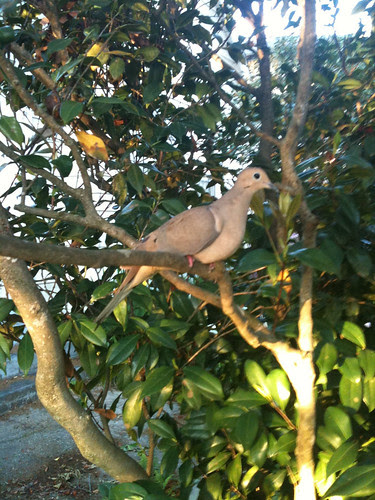 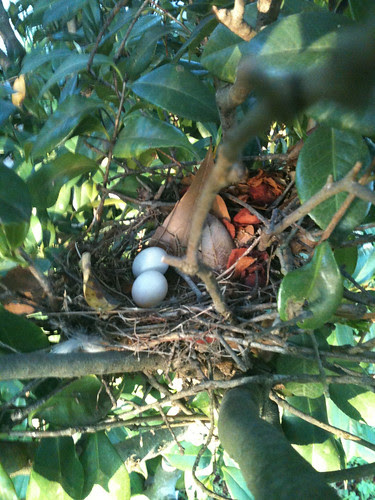 Gettin' the stink eye from a mama dove in our camellia tree.

Shameless self-promotion: "Blister in le Soleil: The Lost Bayou Ramblers and Gordon Gano" in the April 2011 issue of Offbeat. Also, in the April issue of 225 Magazine, "Festival Time!" - a 10,000 ft view of the festival season and quick picks for French Quarter Fest, Jazz fest, FestForAll, Festival International and the Baton Rouge Blues Festival. I am gator-on-a-stick-ready.

It's been busy around here. The "good kind of busy" as they say, though I find myself a little furtive like the mama dove up there, wondering what you are up to over by my nest like that, knowing there isn't a whole lot I can do about it should you go for the eggs. It's really not as desperate or fearful as that sounds, though you wonder if a bird really fears things, or do they just know how things go down with eggs a lot of the time.

This song made it all better.

There was a German exchange student named Rick who put this song on a tape "Rick's Mix" which he gave me (or I "borrowed") and about which I wrote a rather embittered story and now I'm wondering why because he really was nothing but cool to me generally and I was transferring, because that's what you do as a teenager, or at least is what I did. But the story is luminously bitter. Maybe I was trying "harsh" on for size when I wrote it, and I'm all sweetness and light now. Anyway, Chameleons UK FTW TGIF XOXO.
Posted by Alex V Cook at 4/01/2011 04:35:00 PM