If you need me, I'll be in the bomb shelter 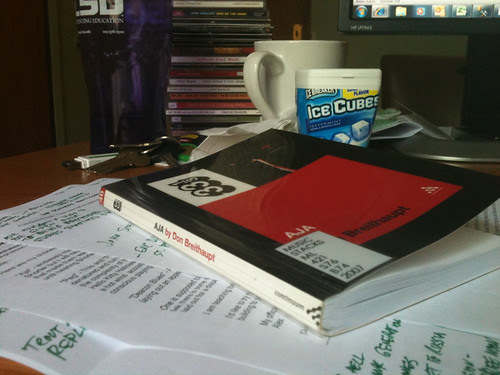 I think the Steely Dan Smackdown broadcast went well; I haven't listened to it yet; so far two people in the comments think I'm an idiot so I must've gotten my points across. Thanks to the folks at WNYC's Soundcheck and to the total pro to my con Eric Deggans for doing it.

I prepped with about two days of solid Aja-ing, even read the dizzying, comprehensive 33 1/3 book on the album and still came away unconvinced of its unparalleled greatness. Which is to say, it's not a bad record, but I just don't see it as the best thing since plastic-wrapped, lite jazz ennui. I had spare bon mots at the ready: Sure "Peg" is catchy, but so is hantavirus. etc.

As happens with any continued exposure to a well-heeled virus, I can't stop listening to them now.  I started to put on some earth scorching Scandinavian metal or Aja's co-inductee the National Recording Registry, Capt. Beefheart & the Magic Band's Trout Mask Replica to flush  it out of my system, but my infection instead had me put on The Nightfly and would follow it with that post-Aja album they did  Woody Herman and Chick Corea if it could be readily sourced. Feed a fever...


I did always like the video for "New Frontier" even when I hated the song. If you need me, I'll be in the bomb shelter with my Brubeck records and my Picasso poster.

Ed. to add, here is the broadcast if you missed it: