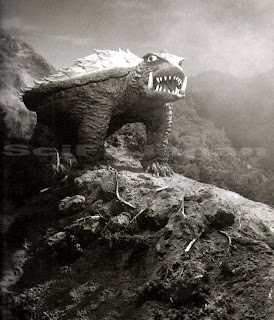 I had a dream last night that we took in a turtle we had found. In real life, a turtle did appear under our house and we tried to keep it interested by leaving fruit out for it but I think all that did was marginally pique the interest of possums that I would rather continue believing did not wander under our house at night. Also I am reading Jonathon Safran Foer's Extremely Loud and Incredibly Close, a magical book that among other mysteries contains the idea that the universe is a stack of turtles and we are just the turtle on top. Both of these may have factored in, but I doubt they are what the dream is about.

The dream turtle started out cute and slow and drove the dog crazy in an adorable way but over a few days got exponentially bigger and more wild. The living room, which as in real life is largely earth tones started taking on a blue color, more and more as the turtle got bigger. The turtle started getting rambunctious, shitting everywhere, tearing the couch up, darting around destroying things. The couch was ruined, it ate the cords to everything, and eventually drove us to the front yard, where it smashed itself against the door and gnawed on the edges so it doesn't shut any more. After doing do, it made an exasperated scream-like noise and bolted out of the door, left swinging like that of a kitchen entrance to a restaurant. We re-entered our wrecked living room quite relieved the turtle was gone.

The picture of Gamera was taken from here. I will not be listening to Sting's The Dream of the Blue Turtles again in tribute, nor will I accept that it was an influence on this dream.
Posted by Alex V Cook at 8/19/2009 10:15:00 AM

Email ThisBlogThis!Share to TwitterShare to FacebookShare to Pinterest
Labels: dreams