a world of sweet people and smiling meat 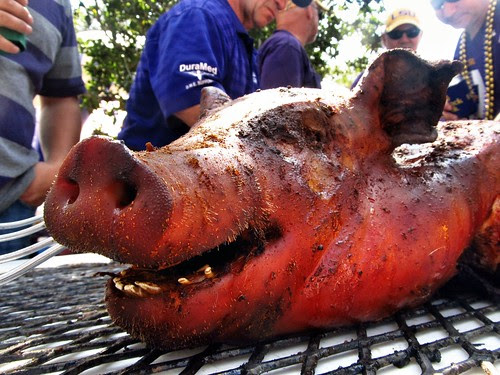 As witnessed at the LSU vs. Auburn tailgate: Never has anyone seemed so happy to be let out of a 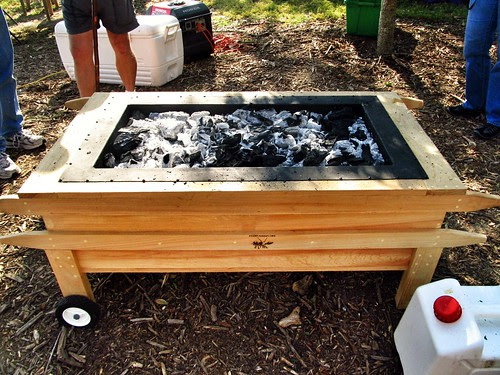 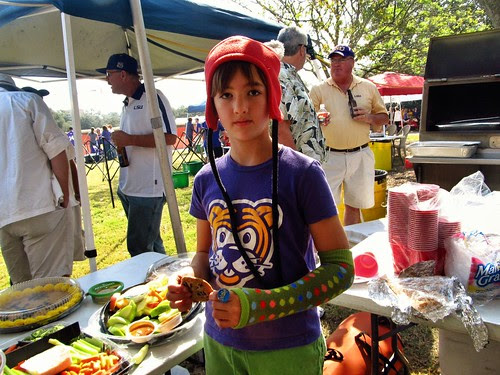 Never has anyone ever looked so serious wearing a fox hat and some kind of arm sock while stealing a cookie, and 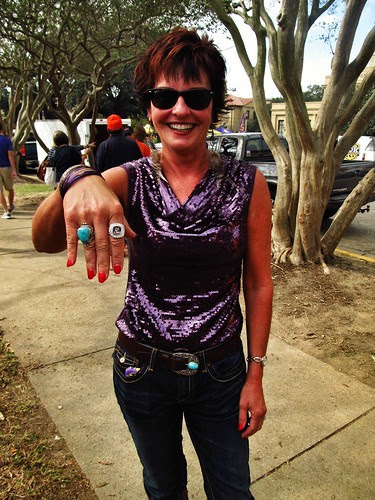 I don't even know who this lady is but when I commented that she was the best put-together gal at tailgating, her husband said "Take her picture, and be sure to get the rings!" Evidently this woman elicits this reaction a lot; a photographer from the newspaper came across her last week and put her picture in the Style section, but 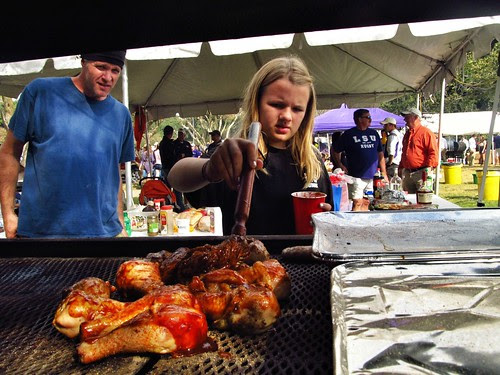 I do know these people - the much ballyhooed champion BBQ-er John and his daughter Grace - appearing across the pit.

You wanna think you live in a world of sweet people and smiling meat and they go lead a second line through Rebecca's old neighborhood in the drunken dark because she elicited that kind of outpouring and Maya is down the street carving pumpkins and Jerri had me put on that Gram Parsons tribute record where the Pretenders do "She" and Cryssie Hynde just sang "Hallelujah" as the dusk streamed in gray, white and green like the best put-together gal at the party and then she did it again, and you do.