other kind of meat; meat 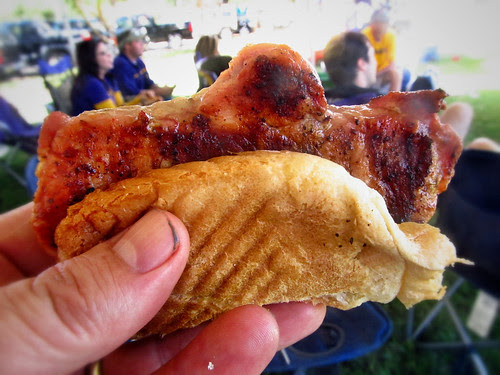 I biked down to my buddy John's tailgate before/during the LSU vs. Kentucky game, paying it calorically forward with fitness for what I was about to do. John's tailgate is so nice that one guy with an extra ticket to the actual game couldn't find any takers. I haven't been to a game since I was in college, but I don't miss one of John's tailgates if I can't help it. Have I mentioned that John's team Suspicious Rinds won 5th in the world in chicken wings a couple years back at the Memphis in May international BBQ cookoff? If I haven't, he will.

Above: a pork chop sandwich I would have worn as a crown had I not eaten it instead.

Below: a panorama of the scene (click here if the embedded thing doesn't work) ; J.R. and John hamming it up over pretty much every other kind of meat; meat. 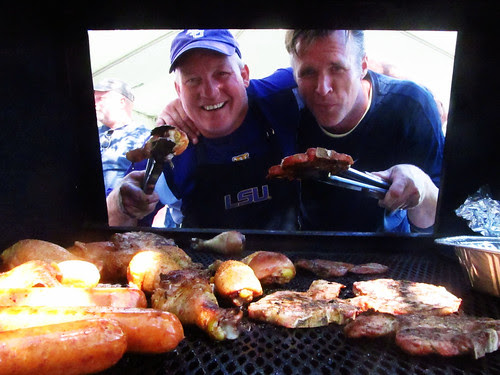 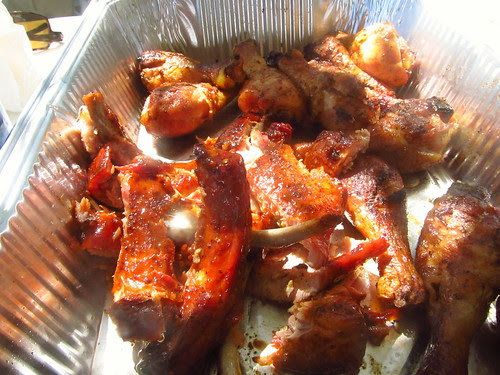 It was an early kickoff, and evidently a wash - perhaps Kentucky should've skipped the game for tailgating as well - which led to a low a-hole density and the weather was California perfect and my friend Clarke and I biked from there to the record store where I picked up a cool old Lee Dorsey single

and then checked out the progress on a bar a friend of ours is opening. Did I mention the weather? We did some gardening too and the backyard is looking sweet. It's not a bad life. 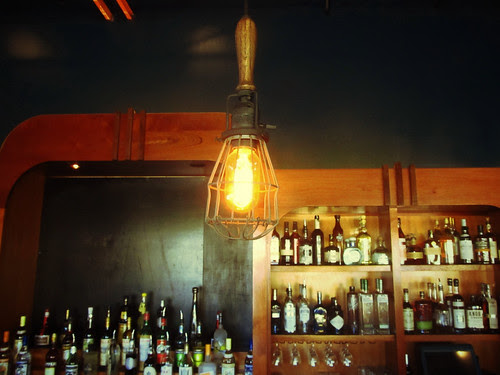