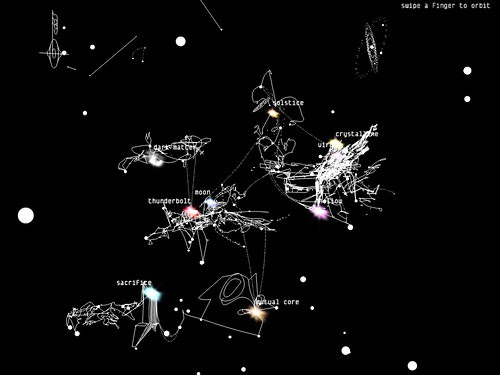 The rotating, cosmic game menu in the Biophilia app. The constellation in the top left corner spells björk when you come at it from the right angle.


Tuesday:
Björk, Biophilia
The Knife, Tomorrow, in a Year
Radiohead, The King of Limbs