Variations on the Katrina Hexacord 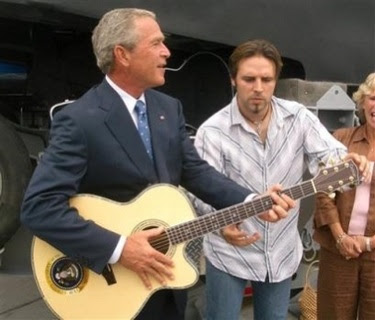 I'll let the composer explain it in detail, but the gist is that he composed a piece of music based partly on the non-chords George W. Bush strummed on a guitar given to him at a photo op in San Diego as the levees gave way in New Orleans during Katrina. The piece details the President's day which includes bringing John McCain a cake in Arizona and sitting on Trent Lott's porch, underscoring hubris with sing-song Ivesian referencing, dissonance and pileup.