A little soul mining of my own 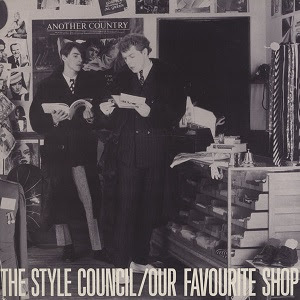 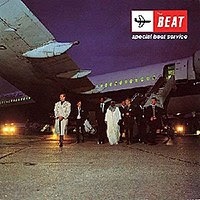 A friend remarked on his status that he was listening to The The's Soul Mining for the first time in 15 years, and that sent me into a tailspin of brilliantly crafted British Pop, blue-eyed soul titrated through the sieve of New Wave, the fey trying to be tough, the tough being fey. "Appetite" by Prefab Sprout is one of the oddest pop songs ever - the lyrics bend at the wrong places around a melody you can't really pin down, the lyrics, well.... if you take, then put back good/if you steal, be Robin Hood. And yet, it is swooning perfection, a tempest of synthetic strings whirling up out of it.

And sweet baby Jesus once uttered, "They should do an acoustic version of Two Wheels Good" and butterflies in heaven heard this utterance and fluttered down to the tangled English garden in which Prefab Sprout often suns itself, and whispered the sweet baby Jesus' request in their ears and they complied, tacking them on the remastered CD.

No butterflies were involved in the crafting of The The's tortured Dusk, a record whose brilliance I never really grasped until I heard Prefab Sprout playing while at a neighbor's apartment ages ago, and I layed this album on him. His sad little tortured heart flipped for it, and through his exhuberance, I fell for it again. While I put Soul Mining up as the pinnacle of new wave soul, Dusk is tenderized, flayed open and smoldering, begging-to-be-feasted-upon love songs. Not sure who at epic thought Matt Johnson was such a cover boy that they had to replace the excellent cartoonish artwork and The The's iconic logo with magazine-ready fonts, making it look like a jazz record from the cut-out bin, but the hammer swings the same as it always did.

And despite Paul Weller sounding like he is trying to choke down his words on a couple numbers, I rather like The Style Council, maybe a little more than I do his previous band The Jam, in that I am tempted to play The Style Council more often than I am The Jam. Sacrilege, I know. Our Favorite Shop, known as Internationalists ironically only in the US, is my second favorite after Cafe Bleu, (winning out because it contains the frighteningly perfect "My Ever Changing Moods") but is jaunty, socphisitcated fun, pitting his socialist leanings in the yachty of sonic confines.

And maybe I love it so because it sounds a little like The (English) Beat's Special Beat Service which I will once again proclaim to be one of the great pop albums ever, even better than Soul Mining, which is saying a lot.
Posted by Alex V Cook at 10/07/2008 03:20:00 PM