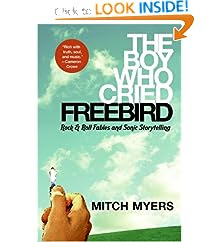 This Sunday I found myself free of assignments, or more likely was just shirking them off, and spent some time with Mitch Myers' set of rock 'n' roll apocrypha The Boy Who Cried Freebird and particularly dug the story involving the recording of poet Allen Ginsberg's harmonium songs by Harry Smith (warped genius behind of the Anthology of American Folk Music). I've talked about my puffy-hearted love of Harry Smith before, particularly his films, and any insight into his peculiar methods is illuminating - I think Harry Smith is one of those few like Walt Whitman that understands the metaphysical breadth of our culture.

But, Allen Ginsberg, I've never really cared for. I recognize his crucial role as a catalyst but he's always seemed a little too name-droppy for me (and not in the brilliant naked way Frank O'Hara, Andy Warhol and Rene Richard are name droppers) but as Myers' prose made me seek this album out, just as Smith's peculiarity has inspired people like myself to seek out that which he presents on the anthology, I feel some kinship with them regarding what all this is about. All I want to do is talk about art because in the tangle of history and influence-mapping it I find little pieces of you and little pieces of me, pieces that I can't seem to find anywhere else. It's a little like driving across town to get some chicken soup just to bite the piece of celery floating in it; celery just doesn't taste right on its own.

All said, this album isn't really that great. If you like Ginsberg a lot, then you'll love it. "CIA Dope Calypso" is however, one of the best song titles ever. A really good Allen Ginsberg song, should you be willing to seek it out, is "Father Death Blues." I forgot what long lost compilation album (I thought it was one of those John Giorno Dial-a-Poet albums, but I don't see it here) it was that had this song on it, but since then, its has either been in my head, or at least had a toe in the same water as my head.

Doug Sahm's story is also lovingly told in Freebird. And besides "She's About a Mover" I'll confess I never really thought all that much of Doug Sahm and the Sir Douglas Quintet. He sounded like he was more fun to hang out with than Gram Parsons, but not quite the glowing font of song. And then I went to see Sahm's keyboardist Augie Meyers perform at a bar mere blocks form my house. That roller-rink Vox Continental keyboard cut through whatever blues, Tex-Mex, rock 'n' roll salad the rest of the group was generating and became a singular sound, a lighthouse beaming pleasure out to lost ships at sea, and maybe recognizing this sound from Augie Meyers and unleashing it on the world was Sahm's real genius. Bob Dylan saw it, electing to use Meyers on his recent records, and he also saw the light in Smith's compilation when he was forming his plan to takeover pop music back in the 60s, all the while Ginsberg saw the light in all of them. Maybe if Allen Ginsberg had put down that harmonium and talked Augie Meyers into backing his sprechesgang with roller-rink Tex-mex radiation from the Vox, we'd really have something.

Anyway, I'm a full Doug Sahm convert now. I was not prepared for is the free-jazz freakout with which he closes his lysergic R&B when I first heard them, but I think that is part of the psychedelic experience - not sticking to form but expanding the form and everyone mentioned here--Myers, Ginsberg, Sahm, Meyers, Dylan, and hopefully myself, if I may place my intentions in with such fancy company--has that mission in mind.
Posted by Alex V Cook at 10/20/2008 10:34:00 AM