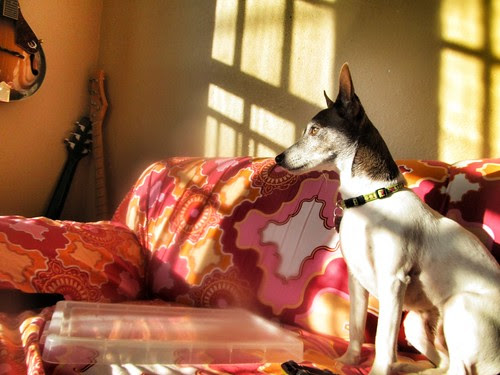 Sukie is on alert for any encroachment on our scene by The Man. Photo by Maya Cook.