I reviewed A Time of Gifts over at the Goodreads and offer it here for your reading pleasure:

A Time of Gifts by Patrick Leigh Fermor
My rating: 4 of 5 stars

Patrick Fermor possesses in this text a conversational way with history that I openly envy. He can talk about the first Apostlic King of Christian Hungary as easily and normally as we might allude to so-and-so from the office. Plus, I am a sucker for any book where someone walks from one place to a distant other - in the is case, from Holland to the Danube; this book details the first half of a trek to Constantinople at the eve of World War II. He captures the all-encompassing hallucinatory intake of a walk. He leaves no little musings out, which can make a reader glaze over pretty quickly. It did so to me enough times that I had to thumb back plenty of times just to remember where we actually were in the trip.

So, if the destination and the expediency of getting there are the key points to your travelling, this book is not for you. If you need to grasp everything that is said in a conversation, read elsewhere. But, if you believe that life's literal and literary journeys are like auditing an infinitude of brilliant lectures, and that each traveller arrives at their own destinations on said journeys, then this will beckon you down the road. I have BETWEEN THE WOODS AND THE WATER, volume two of this set waiting for me in my bag just as soon as I'm ready to resume our walk.

There is a great joint profile of Fermor and similar writer Bruce Chatwin in the Decembe 2011 Harper's that led me to his cuious doorstep.

Maya is immediately deep into this anime series she saw at a friend's house called Black Butler. I am relieved that it is not about the exploits of an wisecracking African-American servant, but is instead a Victorian, Jack the Ripper mystery being solved by a moody boy with hair dangling over one of his giant glistening eyes and a tall Anime-English unflappable butler who wears all black. The best part in each episode is the 3-second intermission.


Black Butler intermission.
Like, that's it. It us actually two little scenes with the weird clarinet ditty, but still only a few seconds. Is it a meta-intermission, or do they just have like a flash screen when they originally appeared n TV in Japan. Does anime appear n TV in japan first? The main thing I like about anime is that I don't really get it. Otherwise, it's not my bag. Maya has watched about 20 episodes of it and is right now indoctrinating a friend and about to corrupt another as soon as they get here.

I am pecking this out on an Android tablet I have for work, partially so I can surrender my iPad to them so they can watch 20 more episodes on Netflix later, and partially because I am under the iSpell and am curious how life is hunched over an Android. After the robot wars and post the Age of Man, we will be all too familiar with such a feeling.

It's not so bad; some things are better, like the Spotify layout is better and I like how they do the text cursor, but overall it is still a little counterintuitive. Immediate understanding is how the iPad gets you. It's like you muse, "I might enjoy falconry" into the air and suddenly you have this gorgeous falcon looking badass on your wrist, awaiting your silent command. Android is a little more like a cool remote control car from Radio Shack. Plus, the whole design ethos is very Space Mountain on Android vs. the antiseptic HAL-like sociopathic calm of the iPad.

Ugh. I'm even boring myself with this. I'm going to embark on a more meaningful product comparison as displayed below. 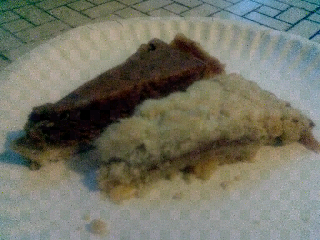