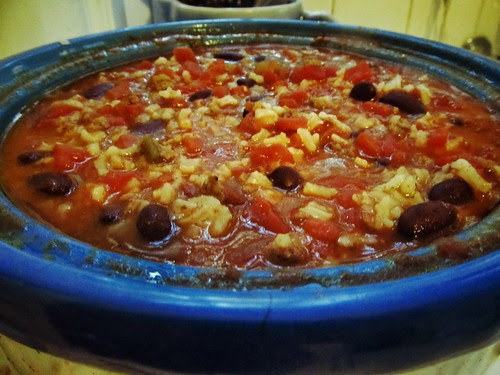 What I'm saying is: if you are choosing between crockpot filled with taco soup or one selectively half-empty, you are mulling over the wrong choices in life.