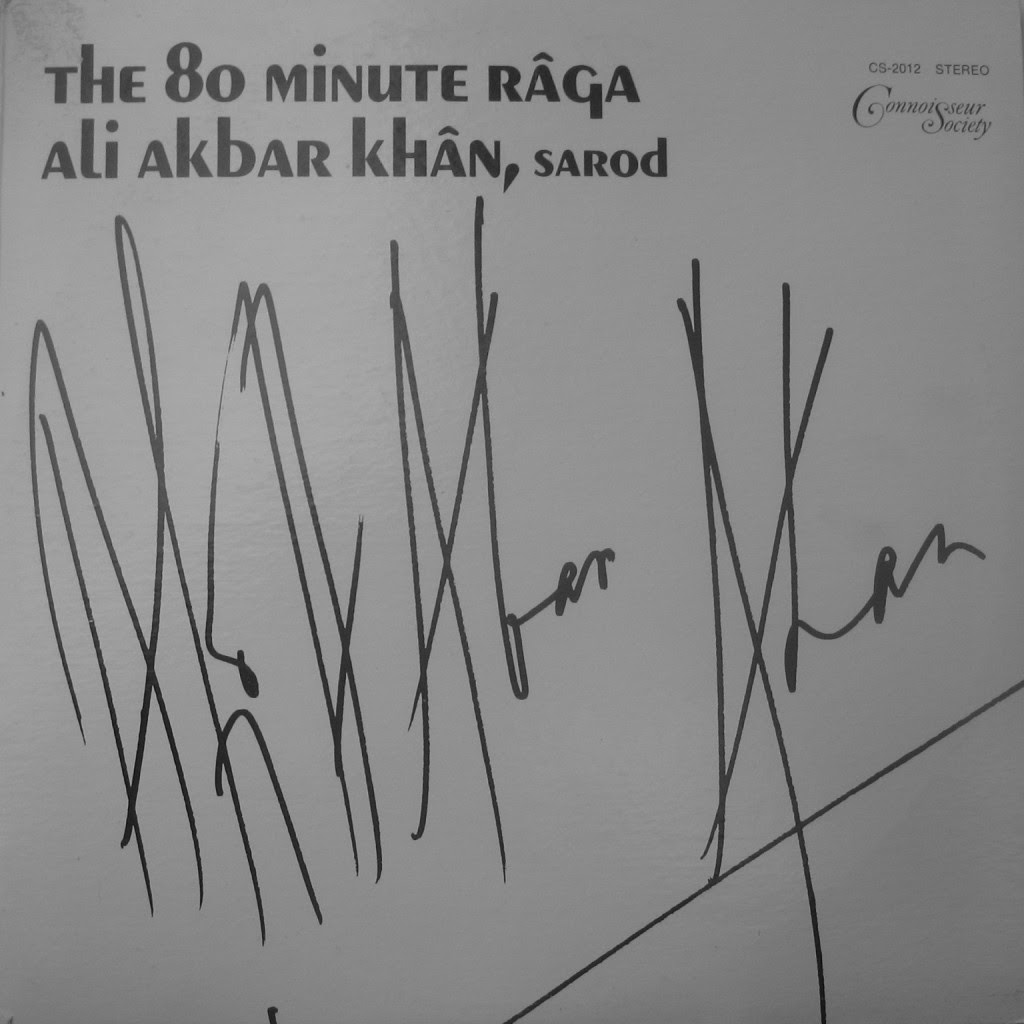 Ali Akbar Khan - The 80-Minute Raga (from ROOT BLOG) I listened to this while walking to the library, returning some unread books, reading another book and walking back, and now typing this, and I'm not sure if this had any greater impact on me than insulating white noise and a metronome for keeping apace with my book, but when I copied the image from the original site, it was too big for the little window in which I type these things, so I had to shrink it, and it was still too big, and I had to shrink it again, and again, and again until I got it to the tidy, arbitrary 200x200 size of the album covers in my posts, all still while listening to this, and in doing that and then writing this down, condensing 80-minutes of life in roughly twice that many words, I think I get it, or at least I got something.

Penguin Cafe Orchestra - Music for a Found Harmonium (listen) Listening to ragas always poses the quandry of what to listen to next. I supposed I could go on a track down some more ragas, but I prefer to keep things moving (plus 80 minutes is a lot of anything), so I found this, and the presence of a track by the Orb on it made me think of 1993 or so when I was disproportionately into the Orb. A girl I was seeing then once declared "There should be a church where they play the Orb" and that sort of killed it for me, but still they were onto something, finally using the potentiality of samples and electronics and raves and whatnot to concoct something massively transcendent. And then I just read that the Orb's Andy Hughes passed away. I'm unclear as to whether Hughes was a part of this remix of PCO's most celebrated song or not, but here's to you anyway.

Pandaharmonium - The Orb
Stephin Merritt - Peach Blossom Fan (listen) I've never kept up with Stephin Merritt's theatrical pieces, seeing how I can barely keep up with his more accessible output with Magnetic Fields and 100 other bands, or anything for that matter. This is bit too musical theater for me, but I think it is supposed to be "too musical theater," pushed to the stretching point like his best songs always are. The castrati vocals and swirling marimbas and coy economy of the recording can be a little trying, but it is difficult to argue with any of the sentiments expressed here: