"Father, I wonder if you might consider buying some scenery for my model railway." 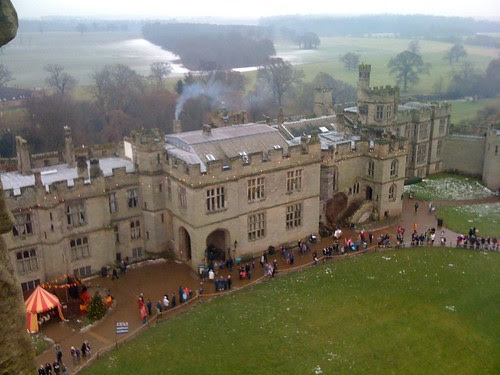 The only way to view attractions like these are through the lenses of themselves. They are real and unreal, deconstructed and reconstituted for the end of making-funner, which is why a lot of people eschew these places but when you think of it, is among the noblest of goals. We chased peacocks, saw more mannequins, shot arrows, got scared out of the haunted dungeon, walked ramparts and scaled towers - the view above is from atop Guy's Tower - and watched a guy get shot out of a cannon. It was great fun. 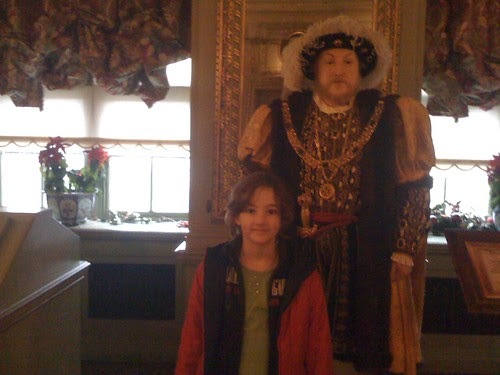 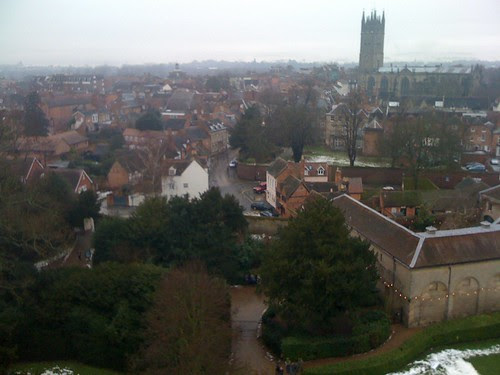 Warwick the town is lovely as well. I got my tea on at a place founded by Thomas Oken who donated much of the land around the place; that's him at the bottom seated at that table next to us. Best ham and cheese sandwich and best Earl Grey of my life. 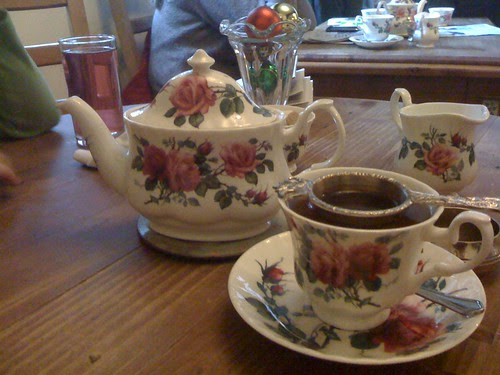 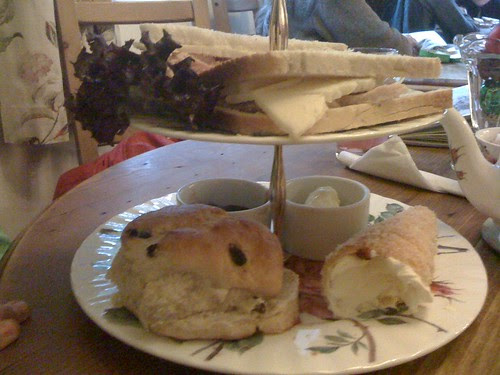 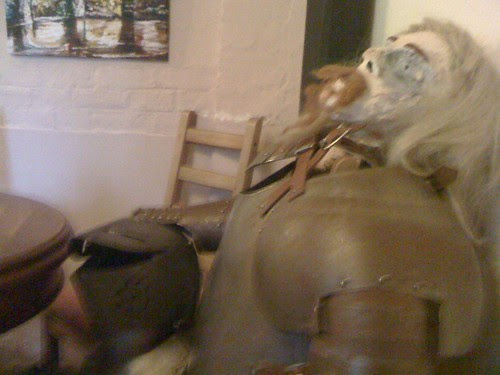 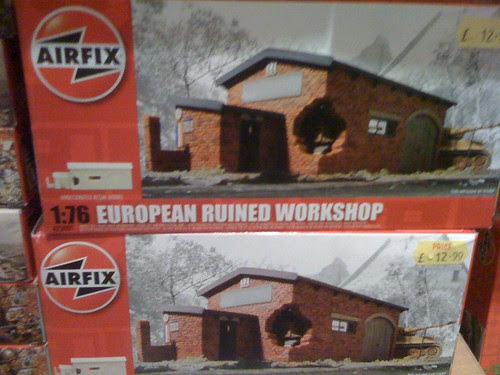 Afterwards we hit up an English toy store. A boy approached his dad and said, "Father, I wonder if you might consider buying some scenery for my model railway." They had some cool train shit in there I'll readily admit, but c'mon.

Round two at the castle: Maya won a coconut on some medieval game. We were a little pout out they were not firing the trebuchet today. 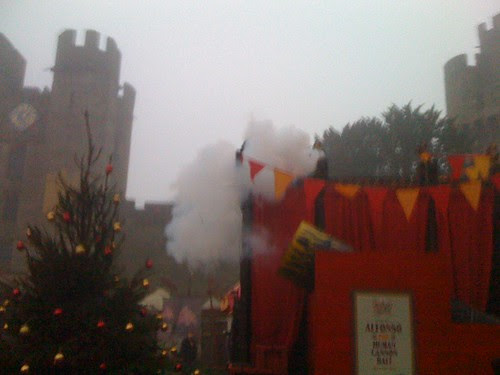 Alphonso, the strongest and bravest man in the world capped the afternoon off in a capital manner. 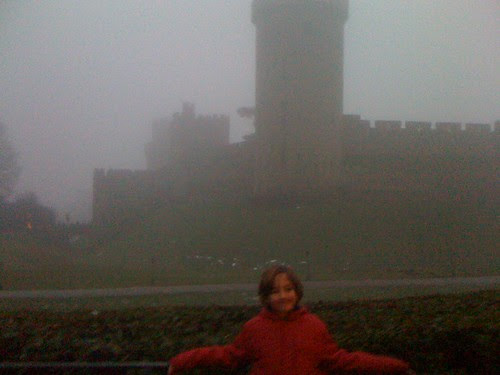