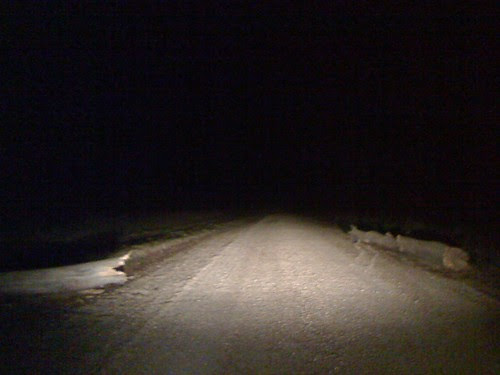 The darkness. I've had two nights in a row that involved the Louisiana countryside, driving into the night's starry embrace. Last night my buddy Clarke and went down the wrong branch of a highway and ended suddenly in the scene above.

It's rare that I get out to places like that, or rather, do I get out of my car when I get to them, but we got out and took in the stars for a minute before the were-armadillos and cyclops gators (Edited to add: or this! BTW, this is what the news is like here.) came from the swamps hungrily after for us. Or before some similarly lost bastards like ourselves plowed into us. For the most of the night we listened to:

On the former is a version of the Cajun stable "Parlez-Nous á Boire" done by Chris Stafford and my all-time favorite interview subject Dickie Landry on thermonuclear sax. Here is Dickie talking with Robert Rauschenberg, Trisha Brown and Darryl Pottorf about the years those three crafted some the greatest art of all time.


"A Conversation with the Artists" was videotaped in May 2005 in conjunction with the Rauschenberg/Pottorf/Rauschenberg exhibition at the Paul and Lulu Hilliard University Art Museum at the University of Louisiana at Lafayette. The resulting DVD release will document this rare and significant visit with Robert Rauschenberg, one of the most important artists of our time, along with his collaborators Darryl Pottorf, Christopher Rauschenberg, Trisha Brown, and Dickie Landry. The conversation was moderated by Herman Mhire. 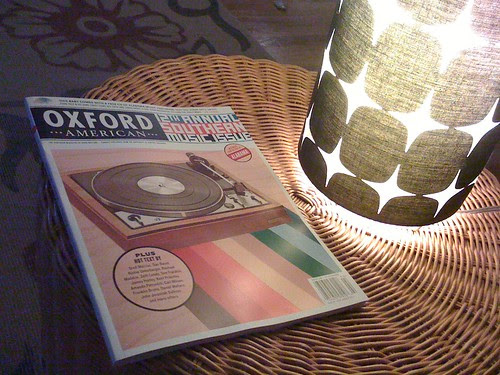 My actual copy of the actual Oxford American finally arrived. Sometimes I'm digital-oriented, ready to be beamed into the gleaming, seamless future and others I'm so glad for the artifact. Look how purty that is. No PDF or iBook will ever look so lovely resting atop a wicker footstool. This might be the best music issue yet, definitely one of the best music issue CD's yet, and I'm humbled to be a part of it.

The purpose of last night's sojourn into the dark was for a story coming in January, so I'll hold my details close, but let's just say that contrary to popular belief, even mine until last night, swamp pop mainstay Don Rich is awesome. We caught him tearing it up in a tiny 100-year old bar in tiny 100-year old Pierre Part with a three generations of women working the bar and a bunch of the dudes from Swamp People in attendance. I give the whole experience a thumbs-up. 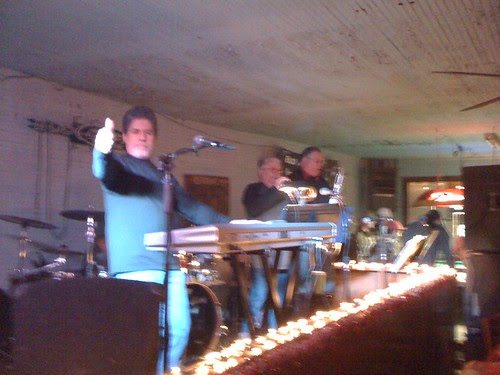 Just to add to the greatness of life, here is my daughter from earlier in the evening, getting her Ringo on to "Lovely Rita."