Stock me up for the winter time! 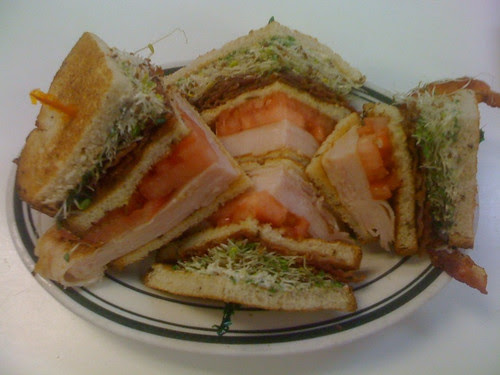 This was yesterday's lunch at Louie's. Wrap your brain around the intersecting planes that is Fred's most exquisite club sandwich.


Today for lunch, I had the catfish plate from Calandro's for lunch as lovingly described in one of the most fun pieces I've done yet for Country Roads, "Five Days. Five Plate Lunches." as well as this mediation on 600 Franklin in Natchez and the nature of grown-folks bars. Also, my profile of Justin Townes Earle appears in the November 2010 issue of 225 Magazine, in prep for his Dec. 1 appearance at the Manship Theatre.


The cozy loneliness of 'One More Night in Brooklyn' cuts through you like a dripping faucet in the night until you finally get up with it.

Also, I got over my fears and cautiously dared to not like the new Brian Eno record up at outsideLeft.

It's one of their less-storied efforts, but I think the Fall's 1994 album Middle Class Revolt is aces. It has a resigned convulsivity that bears the exact weight as melancholy but has something more active to it. Like it is doing something about the fiend in the mirror besides smashing the glass.

Their cover of the Other Half's "Mr. Pharmacist" is the greatest song in rock 'n' roll. Stock me up for the winter time!