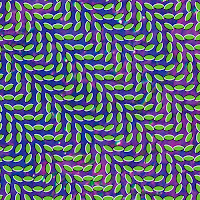 I am a Pitchfork reader and recognize them for what they are: a catalyst with an interest in keeping things interesting, but two needles in today's Pitchfork haystack poked at me a little: Animal Collective's Merriweather Post Pavillion is a fun little trip toy of a record, but granting an album a 9.6 on the 5th day of the year seems like a bad idea, no matter how groovy the album art - click on it for the full effect. Also, after hearing more Frankie Goes to Hollywood on satellite radio during our past trip than I have in the last 20 years, I have some fondness for the ambitions of the Zang Tuum Tumb label (name lifted from a sound poem by Filippo Tommaso Marinetti) that also gave us Art of Noise, 808 State and British minimalist Andrew Poppy (lala). The fork is pitched into ZZT's ambitious boxed set retrospective, deflating the cheery bubble these 80's Futurists-without-the-fascism created.

Sure, the label saw a drop-off in quality over the years, or even decades, but I remember getting those first couple of Frankie Goes to Hollywood singles as 45's, part of their curatorial "Action Series" that apparently they continued through 1988. I found the whole "Action Series" rather exciting; it felt like something important was being said on those little records in the mind of this impressionable 14-year-old. Their complaints might be justified given that I haven't heard much of ZZT's later output, but the ZZT knack for marketing up some synthy noodling as high art can be felt in much of the 80's revivalism that Pitchfork gleefully participates in.